Sense of Self Conference in Oxford 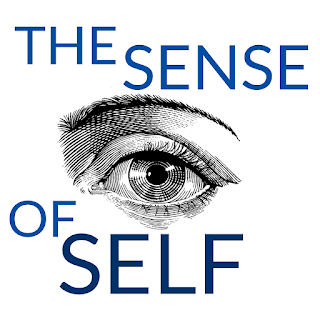 The idea that a sense of self pervades ordinary conscious experience appears to have at least an intuitive appeal for a number of authors in philosophy, psychology and cognitive neuroscience. The aim of this conference was to investigate the very notion of sense of self, which is notoriously elusive and polysemous.  In order to bring some clarity to these discussions and to bridge the gap between conceptual and experimental approaches to the notion, philosophers and scientists were invited to present their work and participate in this interdisciplinary exchange over the course of three days. 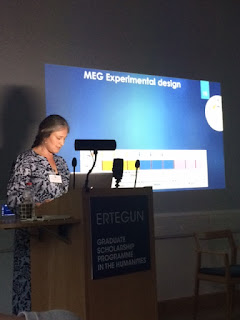 The first morning was dedicated to conceptual issues regarding the sense of self. The philosopher Marie Guillot (University of Essex, UK) and the neuroscientist and meditation researcher Aviva Berkovich-Ohana (University of Haifa, Israel) discussed important distinctions between several notions of the sense of self. Guillot stressed the conceptual difference between being aware of oneself and being aware of one’s conscious mental states as one’s own (“mineness”).

Meanwhile, Berkovich-Ohana’s research on various styles of meditation illustrates another distinction between the “narrative self” (the network of autobiographic memories and beliefs that constitute personal identity) and the “minimal self” (the low-level experience of being a self, rooted in sensorimotor processes). Guillot and Berkovich-Ohana agreed that there is no obvious overlap between these two distinctions, although the “minimal self” might be conceived as form of awareness of oneself.


The topic discussed on the second day was bodily ownership and the sense of self. Frédérique de Vignemont (Institut Jean Nicod, Paris, France) and Shaun Gallagher (University of Memphis, USA) debated whether there is a sense of bodily ownership (a special experience of my body as mine), and to what extent such experience constitutes a sense of self. While Gallagher and de Vignemont are often presented in the relevant literature as advocating opposite theses on bodily ownership, their discussion showed somewhat unexpectedly that this portrayal exaggerates the scope of their disagreement. 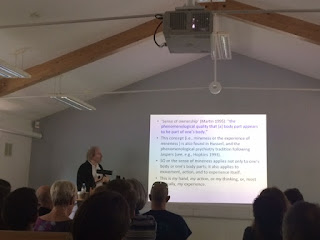 The afternoon was dedicated to discuss the multisensory roots of the sense of self. Neuroscientists, Manos Tsakiris (Royal Holloway University of London, UK), Anil Seth (University of Sussex, UK) and Olaf Blanke (École Polytechnique Fédérale de Lausanne, Switzerland), presented their research on how multisensory integration of stimuli from both exteroceptive senses (sight and audition), somatosensory input (touch) and interoception (internal bodily sensations) generates the basic sense of being a self distinct from one’s environment. A particular emphasis was put on the role of interoception, which includes among other sensations thirst, hunger, itching, temperature, heartbeats, bladder distension and digestive sensations. Recent experimental findings suggest that interoceptive signals are important to constrain self-representation. 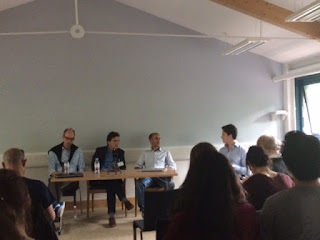 The last morning of the conference was dedicated to minimal phenomenal selfhood (MPS). MPS is a notion first introduced by the philosopher Thomas Metzinger (University of Mainz). Metzinger presented his new take on this topic eight years after his seminal 2009 paper (co-authored with Olaf Blanke). According to Metzinger, MPS is the simplest form of self-consciousness. The psychologist Jakub Limanowski (Freie Universität Berlin) offered his own take on the notion of MPS, presenting a neurocomputational account of MPS in the predictive processing framework.

Email ThisBlogThis!Share to TwitterShare to FacebookShare to Pinterest
Labels: conference reports, consciousness, experience, minimal self, narrative self, self, self-consciousness