The Epistemic Value of Emotions in Politics 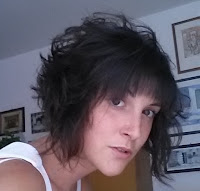 Benedetta Romano is a doctoral candidate in the department of neurophilosophy and ethics of neuroscience at the Ludwig-Maximilians-University Munich. Her research centers on the philosophy of emotions, focusing on various topics, such as the epistemic relevance of political emotions, the capacity of emotions to establish a narrative connection, and their function in analogical reasoning. Moreover, she is interested in the emotional dimension of different issues in applied ethics, such as torture and immigration.

Do the emotions that we experience towards political issues, characters and events, provide us with any valuable knowledge about them? My answer is a resounding yes, and in in my paper, I articulate it as follows. First, I address the epistemic part of the question. I argue that emotions can provide some knowledge about their objects, including political ones, by generating and modifying beliefs about them, and that such knowledge is evaluative in character. But is this knowledge epistemically reliable?


Some have claimed that it is not, as emotions often lead to distorted and unwarranted beliefs. In response to this, I adopt a coherentist framework, suggesting that, although emotions in themselves are not sufficient to ground evaluative knowledge about political facts, they can do so together with other coherent epistemic attitudes about those facts. I address now the political part of the question: is the knowledge provided by emotions, politically relevant?

From this, I conclude that the contribution of emotions to the evaluative knowledge about political objects, is conditional to the presence of an appropriate factual knowledge about those objects. Still, this does not clarify whether the contribution of emotions is actually relevant: even admitting that my emotional attitude towards D. J. Trump figures among the mental states grounding my opinion about him as being untrustworthy, is my emotion really necessary for reaching such an opinion?

By appealing to Goldie, I argue that there is a qualitative difference between the evaluative knowledge achieved with and without the contribution of emotions. In politics, I claim, the distinctive evaluative information disclosed by the emotions towards a political object, consists in the personal import of the latter for the agent: an emotional reaction towards a political object not only signals certain evaluative properties of the object, as they could be attributed to it without any emotional involvement, but it signals that the agent personally, with her values and beliefs, is sensitive to these properties.

I argue that this distinctive contribution is relevant, not merely in virtue of its content, but because of its inclusion in the integrative process, aimed at reaching coherence, through which the agent’s evaluative knowledge is formed. By including the emotional component, in fact, the values and beliefs that the agent holds in relation to a certain political object, are confronted with their actual import for the agent in respect to the object. As a result, the opinion that the agent forms, is characterized as really invoking, and not just ideologically or superficially reflecting, her values and beliefs. This makes the agent’s evaluative knowledge more sophisticated, and it grounds, I believe, the epistemic relevance of emotions in the political context.