My name is Rami el Ali and I am an assistant professor at the Lebanese American University. I work in philosophy of mind, but also have research interests in Phenomenology and the Philosophy of Technology. Currently my focus is on the nature of misperception, and in particular hallucinations. 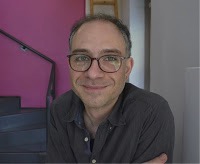 Philosophers usually agree, even when they do not accept the view, that relationalism provides the simplest characterization of perception. Correspondingly, the simplest view of experience merely extends the account of perception to illusions and hallucinations. The resultant view is that all experience involves sensory awareness of the mind-independent surroundings, where those surroundings appear some way to the subject.

The first two observations focus on discrepancies between hallucinatory appearances and the surroundings the hallucinator is related to. The gist of my response to these is that no discrepancy between what the subject is aware of and how things appear to her establishes that the subject is not aware of her surroundings. More specifically, the first observation focuses on the 'inappropriateness' of the objects of awareness to the hallucinatory appearance. This depends on specifying an acceptable standard of appropriateness.

But any standard can be violated since objects can appear in any number of ways. Veridical and illusory experiences lead us to reject the sense-datum inference (that if things appear F to the subject, the subject must be aware of some object that is F). But they also lead us to reject that if things appear to possess some range of properties, be of a certain number, of some kind, or in a particular location, they must actually do so.

The final observation focuses on what are variably called pure, perfect, or total hallucinations. These ‘hard cases’ seem to preclude awareness of one’s surroundings, but there are two ways to deal with them. One way is to highlight the gradual transition between hallucinatory cases, which makes it difficult to draw a line between cases that involve awareness, and cases that don’t. Though helpful, this approach raises worries about internal objects of awareness.

An alternative is to consider hard cases themselves. I focus on four hallucinatory scenarios involving a purely visual being in (a) a completely unlit space, (b) with perfectly shut eyes, (c) while blind, and (d) with its visual apparatus surgically removed. I argue that by distinguishing not seeing and seeing nothing we can see that the first two scenarios involve hallucinating and perceiving, while the last involves neither. The third is underspecified, with further specification collapsing it into other cases.