Structure-to-Function Mappings in the Cognitive Sciences 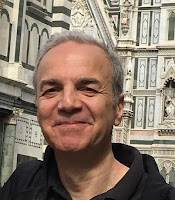 Muhammad Ali Khalidi is Professor of Philosophy and Chair of the Department of Philosophy at York University in Toronto. He specializes in general issues in the philosophy of science (especially, natural kinds and reductionism) and philosophy of cognitive science (especially, innateness, concepts, and domain specificity). His book, Natural Categories and Human Kinds, was published by Cambridge University Press in 2013, and he has recently been working on cognitive and social ontology.

If a sudden interest in taxonomy is indicative of a crisis in a scientific field, then the cognitive sciences may be in a current state of crisis. Psychologists, neuroscientists, and researchers in related disciplines have recently devoted increasing attention to the ways in which their respective disciplines classify and categorize their objects of study. Many of these researchers consider themselves--rightly in my opinion--engaged in the effort to uncover our “cognitive ontology”.

Ever since the nineteenth century, naturalist philosophers like Whewell, Mill, and Venn have regarded scientific taxonomy as a guide to the “real kinds” that exist in nature. The categories that play an important role in our theorizing, by explaining and predicting phenomena, are the ones that will tend to uncover ontological divisions in nature. Contemporary naturalists, like Richard Boyd, agree with this inference from taxonomy to ontology, holding that “successful induction and explanation always require that we accommodate our categories to the causal structure of the world” (1991, 139).


In a recent article, I argue that attention to taxonomic practices in the cognitive sciences may reveal that different disciplines and sub-disciplines categorize phenomena in incompatible ways. For instance, cognitive psychologists studying a phenomenon like episodic memory may be interested in the distal causes of certain mental states, and may classify them differently depending on their causal history. Meanwhile, cellular neuroscientists investigating the corresponding mechanisms in the hippocampus may not individuate them differently based on their distal causes or causal history.

The diverse principles governing taxonomic practices in these disciplines can give rise to crosscutting taxonomies and preclude a one-to-one mapping between psychological function and neural structure. This means that the ideal of a one-to-one “structure-to-function” mapping is misguided, and should be abandoned as an overarching goal in the cognitive sciences. If we take taxonomy as a guide to ontology, we are led to conclude that different disciplines have incongruent yet coexisting ontologies, and hence that there are inherent obstacles to reduction among the cognitive sciences.

In a sense, some philosophers have arrived at similar conclusions by a different route, though they haven’t expressed their claims in quite this way. Some externalists or anti-individualists about mental states implicitly hold that these states will be individuated differently from brain or neural states, at least those neural states that are individuated on individualist or internalist grounds. My argument diverges from theirs in relying not on thought experiments and hypothetical examples but on cognitive constructs drawn from actual scientific research programs.

The principal example I discuss in this recent article is episodic memory, which is also known as autobiographical memory, or memory for specific episodes in the subject’s own life. Whether something is an episodic memory, and what it is a memory of, depends partly on its causal history, and is therefore, contextually determined. But neural mechanisms tend not to be individuated based on their causal history.

A companion article makes a similar case for the cognitive construct of a critical period, a category used in various cognitive sciences to denote a relatively brief, well-defined phase in the early part of an organism’s lifespan, during which a particular type of input has a strong influence and is vital for the acquisition of a certain perceptual or cognitive capacity. Here again, whether the state of an organism is a critical period is a contextual affair, since it depends on its place in the lifespan.

The upshot is that classification with reference to etiological and environmental factors may issue in psychological categories that crosscut neural categories, and hence result in a many-to-many structure-to-function mapping. In future work, I intend to extend these results to other psychological and psychiatric categories.

The inference from epistemic categories to ontological kinds also plays a central role in my book, Natural Categories and Human Kinds (Cambridge University Press, 2013), which contains detailed investigations of taxonomic categories in the sciences as a guide to ontology. The book proposes an account of natural kinds as “nodes in causal networks,” which is more in tune with scientific practice and accords with what other philosophers have called a “simple causal theory” of natural kinds (e.g. Craver 2009, 579).