Philosophy of Psychedelic Ego Dissolution: Unbinding the Self 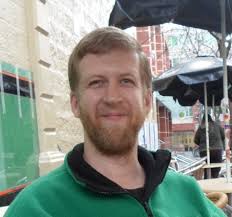 In recent decades there has been a growing interdisciplinary attempt to understand self-awareness by integrating empirical results from neuroscience and psychiatry with philosophical theorizing. This is exemplified by the enterprise known as ‘philosophical psychopathology’, in which observations about unusual cognitive conditions are used to infer conclusions about the functioning of the healthy mind. But this line of research has been somewhat limited by the fact that pathological alterations to self-awareness are unpredictable and can only be studied retrospectively—until now.

The recent resurgence of scientific interest in ‘classic’, serotonergic psychedelic drugs such as LSD and psilocybin has changed all this. Using more rigorous methods than some of their forebears, psychiatrists have shown that psychedelics can, after all, be given safely in clinical contexts, and may even cause lasting psychological benefits. Small studies have shown symptom reductions in anxiety, depression, and addiction, and positive personality change in healthy subjects, lasting many months, after just one or two supervised psychedelic sessions.

What’s most intriguing is that the mechanism of action appears to involve a dramatically altered state of consciousness known as ‘ego dissolution’, in which the ordinary sense of self is profoundly altered or even absent. In many studies, ratings of ‘mystical experience’—of which ego dissolution is a core component—strongly predict clinical outcomes; so understanding ego dissolution is crucial for understanding the therapeutic potential of psychedelics. 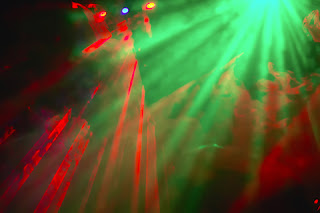 Moreover, with the advent of modern neuroimaging technologies, there is a chance for psychedelics finally to fulfil their promise to be for psychiatry “what the microscope is for biology… or the telescope is for astronomy” (Grof 1980). The renaissance of psychedelic research allows neuroscientists, for the first time, to watch the sense of self disintegrate and reintegrate, safely, reliably, and repeatedly, in the neuroimaging scanner.

In a paper recently published in Neuroscience of Consciousness, Philip Gerrans and I have proposed a novel account of self-awareness based on findings from psychedelic science. Research to date has found that ego dissolution is associated with global increases in connectivity between normally segregated brain regions, resulting from a breakdown of high-level cortical networks implicated in the sense of self. However, results have not been entirely consistent; in some studies, breakdowns are most pronounced in the famous Default Mode Network (DMN), centred on the medial prefrontal and posterior cingulate cortices, whereas in others they are found in the Salience Network (SLN), centred on the anterior cingulate and anterior insular cortices.

Philip and I argue that this pattern of results can be explained by an account combining insights from two different theories: the influential predictive processing theory of brain function, and the self-binding theory of Sui and Humphreys (2015). Predictive processing holds that the brain is a prediction engine, constantly building models to anticipate its future inputs and reduce error. Meanwhile, self-binding theory says that a key function of self-representation is to integrate information from disparate sources into coherent representations. This claim is based on a body of experimental work showing that self-related information is integrated more efficiently than non-self-related information.

Combining predictive processing and self-binding yields a picture on which self-awareness results from the brain’s creation of hierarchical models to coherently unify and integrate organism-relevant information. Crucially, this information is of different types and comes through different input channels: interoceptive and affective information relating to the moment-to-moment fortunes of the organism, processed in the SLN, and longer-term autobiographical narratives, processed in the DMN. This explains the pattern of neuroimaging results: different levels or aspects of the hierarchical predictive self-model are being disrupted by psychedelics in different conditions.

Jakob Hohwy and John Michael advocate a similar view of self-representation in the predictive brain, but argue that the predictive self-model actually qualifies as a self, because it performs many of the functions standardly attributed to the self, such as being a ‘hidden cause’ of behaviour. We disagree, and claim that predictive self-binding theory, combined with the phenomenology of psychedelic states, better supports the position of Thomas Metzinger and others that the self does not exist. On our view, self-awareness is ultimately an illusion, albeit a tenacious and adaptively crucial one.

Our account also helps to explain the apparent therapeutic benefits of psychedelics. Conditions such as anxiety, addiction, and depression are typically characterized by excessive rumination and by rigid negative beliefs about oneself; they can be seen, in a sense, as pathologies of self-representation. By temporarily breaking down the self-model at various levels, psychedelics allow subjects to access alternative, more beneficial ways of experiencing their bodies, emotions, and worlds, creating a window of opportunity in which the self-model can be ‘re-written’.

This theory entails testable predictions; for instance, that psychedelic-induced disruption to the DMN and SLN should be associated with different types of ego-dissolution experiences. It is our hope that this can be tested in future experimental research. But whatever the outcome, there is no doubt that the ‘psychedelic renaissance’ offers a golden opportunity for the science and philosophy of self-awareness.