This post is by Dan Weiskopf. He is an Associate Professor of Philosophy at Georgia State University, and his research deals with classificatory practices in scientific taxonomy and everyday cognition. 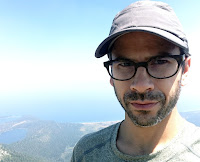 Autism is among the most mystifying of psychiatric disorders. For patients and their families, doctors, and caregivers, it presents an intractable and often painful clinical reality. For researchers, it presents a profound theoretical challenge. While it has a handful of fairly well agreed-upon characteristics (the so-called “core triad”), it is also linked with an enormous range of inconsistent and heterogeneous symptoms. These include behavioral, cognitive, neurobiological, and genetic abnormalities, as well as somatic medical conditions.

Given this messiness, it is hard to say what autism itself even is, let alone design effective interventions and treatments for it. There has been a call by some—psychologist Lynn Waterhouse most prominently—to eliminate the disorder from our nosology, on the grounds that it is too disunified to count as a single condition.

Against this eliminativist position, I argue that the prospects for understanding autism are brighter if we adjust our expectations of what psychiatric disorders look like. In “An Ideal Disorder? Autism as a Psychiatric Kind”, I propose that the complexities of autism can best be explained using a network model.

Think of a disorder as initially “anchored” by a set of focal exemplars. These exemplars represent cleaned-up and idealized sets of clinical cases in which the disorder appears. They constitute the nodes of the network that represents the disorder. In the case of autism, there might be different idealized cases standing for “high” and “low” functioning individuals, but many more distinctions might be necessary depending on how the disorder presents itself in different settings and patient populations. For example, we now recognize the important fact that the profile of autism appears to be quite different in men than in women.

For each exemplar there is a set of a characteristic set of cognitive, somatic, neural, and genetic markers. These correspond to places where things have gone wrong, at many levels, to produce that particular clinical phenotype. The existence of these underlying explanatory clusters is what warrants treating focal exemplars as real sites for deeper investigation and treatment.

This captures autism’s heterogeneity. Still, why think there is one disorder here rather than many? The answer is that we can trace out commonalities in the patterns of disruption underlying these exemplars. Exemplars are chained together into a network by having these properties in common. One patient may share a certain rigid behavioral repertoire and GI ailments with a second one, and that patient may share a form of abnormal language development with a third. The third, in turn, might have a specific neuroanatomical abnormality that is shared with the first, but not the second.


Autism, then, is a family whose members share some but not all characteristics. We can infer from one exemplar to other, closely related ones, but there is no guarantee that we will be able to generalize over all members of the family. Importantly, though, as long as there is a chain of overlapping properties leading from one to the next, and an overall robust pattern in which there are dense multilevel connections among all members, we can regard autism as caused by a cluster of recurrent and tightly interrelated underlying disturbances. It will turn out to be unified if its characteristic presentations are explained by such a multilevel network despite the fact that they don’t share a single core mechanism.

Autism has been aptly described as a “perfect storm”: a condition in which many different things have to go wrong in just the right way to produce the outcome. The disorder arises not from a single cause or central mechanism but from a combination of factors that present in distinct but related ways. The network model aims to capture this insight. Thinking of psychiatric disorders (and heterogeneous kinds more broadly) as causal networks does justice to their knotty theoretical and clinical presentation. It also points the way towards developing effective, although necessarily modest and local, therapeutic interventions.