Guillermo Del Pinal is a Postdoctoral Research Fellow at the University of Michigan, Ann Arbor, and Leibniz-ZAS, Berlin. He works in the philosophy of language, mind and cognitive science. His main area of research is the relation between language and general cognition, focusing on topics such as the degree of modularity of language, and the role of natural logic within the language system. 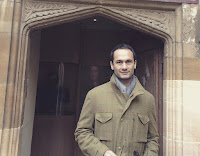 How are biases encoded in our representations of social categories? Current discussions of implicit bias overwhelmingly focus on salient associations between target features and representations of social categories. Salient associations track the prominence or availability of an association between a category (e.g., WOMAN) and a feature (e.g., +FAMILY ORIENTED). These are the sorts of associations probed by the Implicit Association Test and similar priming tasks. While these kinds of associations likely encode biases which affect judgment and behavior, we believe that other kinds of biases may affect social cognition in more dramatic ways.

In Del Pinal and Spaulding (2018), we argue that some social biases are likely encoded in the dependency networks that are part of our representations of social categories. Dependency networks encode information about the inter-dependencies and degree of centrality of features in a conceptual representation. For example, +MADE FOR SITTING is a central feature of CHAIR because various other features of chairs depend on their being made for sitting. Importantly, that a feature is central for a category doesn’t entail that it is also salient: +MADE FOR SITTING, although central, need not be more salient than other (less central) features such as +HAS A BACK or +FOUR LEGS. In our view, many socially relevant biases are likely encoded in dependency networks, and can’t be picked out by measures that track merely salient or typical features.

Why does this matter? Why should we care about how, precisely, biases are encoded? Here is why …


Firstly, features that are merely salient are relatively unstable across contexts. This is a lesson from the extensive literature on conceptual combination. For example, +MANE is a salient feature of the representation LION. At the same time, +MANE isn’t preserved under even trivial conceptual combinations involving LION: consider BABY LION, FEMALE LION, and TRIMMED LION. This basic lesson can be generalized. Suppose you are interacting with baby lions at a nursery. To guide your thoughts and actions there, you likely would use a subcategory of LION that corresponds to something like BABY LION, and automatically drop the feature +MANE.

This instability of merely salient features sheds light on debates about why scores across various measures of implicit bias only weakly correlate Nosek, Greenwald & Banaji 2007). Since most measures of implicit bias detect salient associations, their sensitivity to contextual manipulations may be due to the contextual sensitivity inherent to merely salient associations. Consider some examples. White American participants tend to display significant anti-Black implicit bias on race IATs, but Govan and Williams (2004), report that changing the subcategory of the exemplar affects subjects’ results.

Typically race IATs use generic pictures or names of Black and White women or men. Govan and Williams report that when the stimuli represent subcategories – famous and liked Black men, and famous and disliked White men – the bias can be eliminated. Similarly, Wittenbrink, Judd and Park (2001) report that White subjects exhibit less negativity in response to Black faces when they are presented in the background context of a church interior. In our terminology, the association between the category BLACK and negative features does not survive sub-categorization into more specific subclasses or individual members of the class. More generally, the unstable behavior of merely salient associations in conceptual combinations and subcategorization sheds light on the theoretical and practical limits of IATs and similar measures (Lai et al 2014; Lai et al 2016)

Secondly, centrally encoded features are relatively stable. In particular, the more central a feature is for a concept, the more likely it is to survive into sub-categorizations. The feature +BORN OF LION PARENTS is a central feature of LIONS, hence will be more stable across composition and sub-categorization than the less central but more salient feature +MANE. To illustrate, note that our mane-less YOUNG LION, FEMALE LION, and TRIMMED LION all still inherit the feature +BORN OF LION PARENTS. Similarly, suppose we are at the lion nursery, now operating with the more specific representation BABY LIONS, we can agree that although we will not be looking out for manes, we still would assume that the baby lions were born in the usual way.

Clearly, then, knowing the degree of centrality of features that encode biases is crucial to determine the biases’ wider role in social cognition. Assume f is central to our conception of WOMAN, and in particular more central than to our conception of MAN. Being central for WOMAN, we expect that f will be resilient through conceptual combinations and sub-categorizations. For example, f will be more likely to survive into LAZY WOMAN and SUCCESSFUL WOMAN than into LAZY MAN and SUCCESSFUL MAN. Since centrality and saliency can disassociate, these could obtain even if measures of saliency determine that f is not more salient for WOMEN than for MEN. Still, if f is uniquely central for WOMEN, and is furthermore is the locus of a bias, we expect that it will be resilient across various contexts, conceptual combinations, and subcategorizations.

The view that some socially relevant biases are encoded in dependency networks has wide ranging implications. Empirically, we need to imaginatively adjust and refine our current measures of centrality to discover new social biases and, importantly, determine the degree of centrality of previously known ones (for an attempt, see Del Pinal, Madva, and Reuter (2017)). Philosophically, we need to reconsider foundational questions about the relation between biases, beliefs and individual responsibility, esp., if we are convinced that some biases are centrally encoded, uniquely resilient, and unlikely to be picked out by measures like the IAT (see Del Pinal and Spaulding 2018, and Spaulding 2018)