Today's post is by Clara Humpston. Clara is a Research Associate at the Institute of Psychiatry, Psychology and Neuroscience, King’s College London. 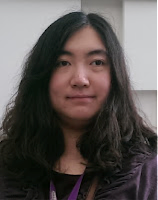 Not long ago I completed my PhD from Cardiff University and this paper was first written a couple of years ago when I was a PhD student there.

My PhD research focused on the pathogenesis of psychotic symptoms and adopted a cognitive neuropsychiatric approach by incorporating behavioural and phenomenological investigations. In my second post for Imperfect Cognitions, I summarise my most recent theoretical paper on the paradoxical nature of self-awareness in schizophrenia, published in Philosophical Psychology.

The primary manifestations of schizophrenia in my opinion, are basic self-disturbances leading to the adoption of a solipsistic lifeworld that provides fertile ground for the development of psychotic phenomena such as first-rank symptoms. First-rank symptoms are often disruptions of one’s ego-boundary: that is, one’s demarcation between the internal and external worlds, between self and other. This paper aims to provide an integrated account of the structure of self-disorders found in schizophrenia and shed further light on the issues of paradoxicality and solipsism which are often overlooked or ignored in the clinic.

Contemporary theorists such as Louis Sass and Josef Parnas have further disentangled anomalous self-experience (‘ipseity disturbance’, from Latin ipse – ‘self’) into a combination of factors termed ‘hyperreflexivity’ and ‘diminished self-affection’, which is a dominant theory which has guided many others’ pursuits in this matter. According to Sass and Parnas, ipseity is the most fundamental, pre-reflective and vital level of the broadly defined ‘sense of self’ and concerns the ‘experiential sense of being a vital and self-identical subject of experience or first-person perspective on the world’ which is tacit and property-less, but forms the very foundation of other more complex levels of the self.


Hyperreflexivity and diminished self-affection feed into each other and the end result is often a shattered sense of self, unable to maintain a hold or ‘grip’ over either one’s internal mental states or external perceptions. Indeed, what is left is nothing but a mere shadow of one’s own ipseity – when self-consciousness loses vitality and the most basic, taken-for-granted ‘mineness’ (i.e. the given property that anything I experience is my experience) of subjectivity, can it even be called an ‘awareness’ any more? Yet still, the entire focus of one’s existence is transferred to the field of experience at the same time, creating an illusory reality that is more ‘real’ than what one may call ‘consensual reality’, which can lead to an overwhelming sense of ego-centrality.

However, patients with schizophrenia are not solipsists by choice. On the one hand, the patient is aware of the instability of the subjective world, but on the other hand he or she has to hold on to the solipsistic self because if they let go of even this last straw, their entire subjectivity would surely disintegrate.

Solipsism, it seems to me, is not a choice of a self-deceiving disorder, but the end product of a long and painful reasoning process (no matter how irrational or biased) that has detached from one’s own agency.

The merge between action and passivity, oblivion and omniscience as a consequence of the solipsistic stance is perhaps the most crucial paradox for the schizophrenic mind. Yet it is also a state of equilibrium, a carefully balanced stasis where the patient is simultaneously the owner and the owned, the subject and the object. Despite being a maladaptive strategy, it nevertheless acts as a protective barrier for the integrity of one’s self, at least initially.

Extreme care and balance are therefore called for in order to manage the subtler symptoms of schizophrenia, especially in the early stages. What should be placed first and foremost, however, is the clinician’s willingness to listen (even if they cannot understand) what the patient tells them, as this forms the very basis of any kind of therapeutic alliance.