In this post I introduce a paper I wrote with Ema Sullivan-Bissett on the epistemic benefits of clinical memory distortions, which recently appeared open access in Mind and Language. It is one of the core outputs of two recent projects, the AHRC-funded Epistemic Innocence of Imperfect Cognitions and the ERC-funded project PERFECT. The key message in the paper has received some coverage in the press (Medicalxpress, India Blooms, Laboratory Equipment, and Health Canal). 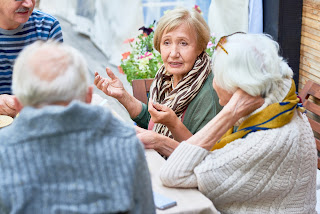 In Keeping Mum, Marianne Talbot describes how her mother was a great storyteller before she had dementia. One of her best stories was how one day, when she was 14, she was late for school because her mother had just given birth to twins. The headmistress did not believe that that was the reason for being late and punished her, which she felt was a great injustice. When dementia advanced, the story about the twins’ birth ended up being merged with other stories (for instance, other stories about being late for school) and was repeated many times.


Martha, who had Alzheimer's disease, often told the story of how she learnt to drive, and she bought her own car, defying the doubts of her husband and her own family (Hydén & Örulv, 2009). This was something she was presumably very proud of because not many women at the time would have done the same. Aspects of her story were repeated frequently, even during the same conversation, and presented a number of inaccuracies and inconsistencies.

The distorted memories and repetitive scripts in the examples above are epistemically problematic because they involve false beliefs. However, it is important for people with dementia to repeat stories that they find central or even self-defining (the unfairly punished teenager, the defiant woman) even if details in such stories are inaccurate. Why so?

Due to serious impairments in autobiographical memory, people with dementia have been found to lose their identity, having progressively fewer and more vague beliefs about themselves and their past (see the classic Addis and Tippett, 2004) with negative effects on wellbeing. It is particularly challenging for people with dementia to integrate information about their lives before the illness into their current personal narratives.

In this context, being able to tell a story that played a key role in their lives is likely to enable some social exchanges at a time when the risk of isolation is high, and enhances self-confidence too. Such psychological benefits can easily translate into epistemic benefits, as social exchanges allow people to share and gain information and receive feedback.

But there are also benefits that are directly and distinctly epistemic. The repetition of the story increases the chance that the story will be remembered for longer, reinforcing a conception of themselves people genuinely endorse (in Martha's case, the sense that she would follow her own mind and not be conditioned by other people's views). Self-defining beliefs are retained as a result of reporting memories that are distorted.

One powerful rejoinder is that an accurate memory report would play all of these positive roles and avoid the epistemic shortcomings stemming from the inaccuracies and the inconsistencies, that is, it would avoid misrepresenting reality. However, in the specific clinical context of dementia, accurate memories are hard to come by because there are fewer constraints on memory reports and there are fewer opportunities for self-correction.

This has some interesting implications for how we manage the reporting of distorted memories in people with dementia.