This post is by Tulio Giraldi. Tulio Giraldi is a researcher and teacher of pharmacology and clinical psychology at the University of Trieste, currently Visiting Professor at the Department of Global Health & Social Science at the King’s College London.

The topics of his basic and clinical research have been cancer chemotherapy, together with the pharmacology of the central nervous system and the responses to stress. More recently, he has been researching the role of genetic polymorphisms in mental health, and the pharmacogenetics of the response of psychiatric drugs. In this post he talks about his book Unhappiness, Sadness and Depression. 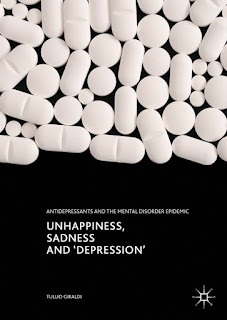 According to the World Health Organization (WHO), an epidemic of depression is spreading around the world, expected to become by 2020 the second leading cause of world disability and by 2030 to be the largest contributor to disease burden.

The serious concern for depression and antidepressant drugs led me to analyze all the available data and to write this book.What immediately appeared is that melancholic depression, since the time of Greek medicine, is a serious ailment affecting a limited proportion of the population. With the birth in the 60s of the Diagnostic and Statistic Manual of Mental Disorders (DSM) of the American Psychiatric Association, melancholic depression was transformed into the “major depressive disorder (MDD)”.

The inclusivity of the DSM diagnostic criteria are consequently responsible for the spread of depression lamented by the WHO. They do not discriminate between morbid conditions, requiring medical attention and intervention, form healthy emotional responses accompanying the adaption to stressful life events. Stressful events, including those caused by the economic crisis, occur with a worrying increasing frequency in the globalized society of today.

Just one citation can support and illuminate this perspective, and it is the title of the book written by Allen Frances, the American who chaired the task force that produced the fourth revision of Diagnostic and Statistical Manual (DSM-IV) and became critical of the current version, DSM-5. The title is: “Saving Normal: An Insider's Revolt Against Out-of-Control Psychiatric Diagnosis, DSM-5, Big Pharma, and the Medicalization of Ordinary Life.”

There are not biomarkers or laboratory tests for psychiatric diagnosis.  The incapacity of diagnostic criteria of DSM to discriminate morbid conditions from healthy reactions is evident considering that it does not even provide a definition for “depressed mood”. The Hamilton depression scale, used for assessing the severity of MDD (and not for its diagnosis), defines “depressed mood” as characterized by “sadness, hopeless, helpless and worthless”, normal emotions which can be felt in the absence of a mental disease.

The prescription of antidepressants, especially the serotonin reuptake inhibitors (SSRI), increased correspondingly, also because the adverse effects caused are less pronounced than those of first generation agents. In 20 years, the prescription of SSRIs increased four-fold, and more than 10% of the Americans are now under antidepressants, and more than 40 million people in total were treated with Prozac since its introduction in the market.

Yet, for mild conditions, the efficacy of SSRis is that of a placebo, and their safety is remarkably more limited than generally assumed. Among their side effects, the more serious is the paradoxical increase of suicidal risk in young people, which is accompanied by the so call “discontinuation syndrome” which has all the characteristics of a serious drug addiction. The limited efficacy and safety of the available drugs are attributable to the limitations of the actual mechanism of drug evaluation and registration.

Alternatives to pharmacotherapy are available for the mild cases of depression of a reactive or existential nature, and they rely on psycho-social support and intervention. In UK, the Improving Access to Psychotherapy (IAPT) program is an example of great interest, providing excellent, cost effective and lasting results; it currently includes recently developed mindfulness based approaches.

All these issues are considered in the book, with a careful analysis of the extensive, often contradictory, literature available. In the field of the alternatives to pharmacotherapy, mindfulness based interventions, and the integration of mindfulness, into cognitive psychotherapy, are growing at an amazing pace. A careful and critical analysis of the evidence available for the effectiveness of these approaches appears to be desirable. This is my project for the next book, and I hope that the readers of the present one will be interested enough to be readers of the next one as well. 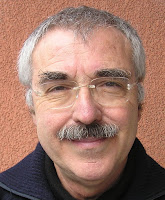