Today’s post is provided by Project PERFECT Research Fellow Katherine Puddifoot. It introduces the argument of the paper “Epistemic innocence and the production of false memory beliefs” co-authored with Project P.I. Lisa Bortolotti and available open access in Philosophical Studies. 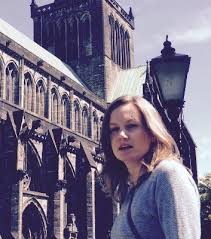 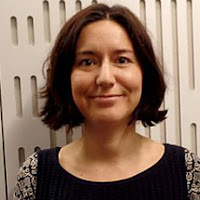 Suppose that your friend tells you an anecdote at a dinner party. She honestly claims to be describing her personal experience but includes details that you told to her after the event. Imagine that your colleague tells you that Tim was at a meeting when he was not but all of the other members of his team were there. Suppose that your brother tells you that he overheard a really good joke on the train the other day, but you are confident that what he is describing is a scene from a recently released film that he has watched. You conclude that he must have imagined being in the scene while watching the film and falsely recalled experiencing the imagined event.

In each of these cases, a person has made a memory error. They have a false memory belief about an event in the past: misremembering who supplied some information, misremembering someone being in a meeting because others relevantly related to them were, or misremembering that something that was merely imagined really occurred. The errors correspond to three errors commonly discussed in the cognitive science literature: the misinformation effect, the DRM illusion and imagination inflation.

A cognitive mechanism is epistemically innocent if it brings epistemic costs, preventing the epistemic agent from achieving goals like acquiring new true beliefs, increasing coherence between existing beliefs, gaining and properly using information, but it also brings significant epistemic benefits that would not otherwise be accrued.


In the cognitive sciences, it is argued that the cognitive mechanisms that produce the misinformation effect, DRM illusion and imagination inflation combined support the following functions: they allow people (i) to update their beliefs in response to recently acquired information, (ii) to retain key information in an efficient format, (iii) to engage in abstract and convergent thinking and (iv) to successfully predict the future. We show that these are significant benefits, allowing people to achieve important epistemic goals, increasing their chance of gaining knowledge. We also show that these benefits would not be gained by a cognitive mechanism that produces true beliefs in the place of the memory errors we discuss. We therefore show that some cognitive mechanisms that produce false memory beliefs are epistemically innocent.

But the epistemic innocence of the cognitive mechanisms that produce false memory beliefs should be of broader interest. It emphasises how the natural response to memory errors can often be wrong: it can be a mistake to conclude on the basis of evidence of error that a person is a poor source of information, and poorer than others.

This is because the memory error can be the result of the ordinary operation of cognitive mechanisms that all people possess and which allow the person to gain knowledge and understanding about the world. Consequently, a person can make memory errors without being any poorer than other people at remembering the past, and in fact as a result of having cognitive mechanisms that allow that them to be in a good position to supply information about many matters.