The Hypnagogia Hypothesis: Religious Experience at the Threshold of Consciousness

Adam Powell is a junior research fellow in theology and religion at Durham University and a core member of the 'Hearing the Voice' project, an interdisciplinary investigation of voice-hearing (auditory verbal hallucinations) funded by the Wellcome Trust. He is the author of Irenaeus, Joseph Smith, and God-Making Heresy; Hans Mol and the Sociology of Religion and numerous essays on 19th-century religious experience. 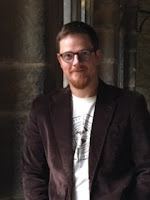 Did you have a dream last night? How do you know? Was it vivid or dull? Was it real? Was it really a dream? If it was not a dream, what was it?

For those who experience hypnagogic (between waking and sleeping) or hypnopompic (between sleeping and waking) hallucinations, the sense perceptions they experience in the middle of the night seem quite real. They report vivid images, felt presences, diffuse light, out-of-body experiences, and extreme emotional states like euphoria or dread. What is more, studies of prevalence estimate that 39% to 85% of the general population has such an experience at least once.

As part of my research for Hearing the Voice, I have analysed 65 different primary accounts of religious experience from 19th-century America. In these accounts - spanning personal correspondence to private journal entries to published pamphlets - a pattern emerged. The authors frequently noted that their unusual experiences occurred whilst in bed at night, some explicitly claiming that they were preparing to sleep but were not yet fully asleep. One asserted that he was 'fully awake and yet [he] was not.' Others concluded that their experiences were not dreams but ‘open visions’, whilst another expressed concern the following day that perhaps it was only a 'dream of vision’ before ultimately concluding that it was a genuine 'vision'.

That last observation was made by Joseph Smith, the founder of Mormonism in the aftermath of a formative supernatural experiences in which an Angel visited him in his bedroom and disclosed the location of the ancient scriptures that would become The Book of Mormon. Later, an early convert named Oliver Cowdery described the same event to friend, claiming that ‘although it was in the night, yet it was not a dream.’ Furthermore, Cowdery asserted, ‘There is no room for conjecture in this matter, and to talk of deception would be to sport with the common sense of every man who knows when he is awake, when he sees and when he does not see.’ But what, in 1835 rural America, comprised ‘common sense’?

In a new essay published by The Lancet Psychiatry – Mind and Spirit: hypnagogia and religious experience – I draw on this historical research to suggest that the key to understanding such nineteenth-century religious experiences may, indeed, be to ‘sport with common sense’. The understandings of consciousness at the time relied on lingering philosophical questions about the mind and its limitations posed by early modern thinkers. Yet, relatively recent studies have explored liminal states of consciousness that challenge those earlier systems. Hypnagogia, a state of consciousness that is somewhere between wakefulness and sleep, and in which unique sensory phenomena occur, may be the solution both to the phenomena recounted by these historical texts as well as to the apparent difficulty with which the individuals classified their experiences.

Indeed, the figures who experienced such extraordinary events often described them as ‘dreams’ or ‘visions’, seemingly using these terms interchangeably. Historians have taken this for granted, but what if the confused use of the terms reflects confused cognitions, or confused efforts to squeeze the experiences into inadequate categories of consciousness? What if these religious figures, like Joseph Smith, were experiencing mental states between waking ‘visions’ or sleeping ‘dreams’? And, what if ‘common sense’, here, is a product of culturally legitimated and perpetuated philosophies of mind that affect the very occurrence, classification, and interpretation of our sense experiences? These individuals, too, were asking ‘if it was not a dream, what was it?’ Hypnagogia may be the answer.