The Tripartite Role of Belief

Today's post is written by Kenny Easwaran, who is an Associate Professor in the Department of Philosophy at Texas A&M University. He received his PhD in 2008 from the Group in Logic and Methodology of Science at UC Berkeley, doing interdisciplinary work on the mathematics and philosophy of conditional probability. 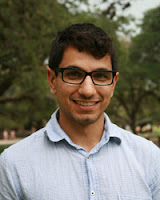 This post is about "The Tripartite Role of Belief" which appeared in Res Philosophica as part of a special issue on Bridging Formal and Traditional Epistemology. This paper and the others in the issue were presented at a workshop at St. Louis University. (The paper can be found here.)

This paper considers three broad accounts of the role belief and related notions play in our lives, and suggests connections between them, and the way that different philosophical literatures have privileged one or another. My focus has been on work in epistemology within the analytic tradition, though there is some interactions with psychology, economics, statistics, and other fields, and I hope the typology I draw can be illuminating to people in other traditions.


In mainstream epistemology, I classify considerations of justification, defeat, and the various strengthenings of these notions in the post-Gettier literature (particularly in the form of "evidentialism") as upstream. Reliabilists however seek to show that the relevant upstream consideration can in some way be derived from a static one. Later literature on the "aim of belief" tries to broaden this account. The more recent "pragmatic encroachment" literature brings in downstream considerations. They argue that the amount of evidence needed to properly justify a belief depends in part on the practical significance of the actions that might be rationalized by the belief.

In formal epistemology, I classify the work of Frank Ramsey and Bruno de Finetti as downstream, along with the traditional identification of degree of belief with gambling disposition or some other summary of action under risk or uncertainty. The work of James Joyce and followers in setting up the "accuracy paradigm" suggests a focus on static concerns. But recent criticisms of this work suggest that we need a notion of evidence or basing, or some other upstream consideration.

I trace these histories so that people working within the two traditions can find inspiration from work in the other. Both literatures suggest ways that one type of consideration can either give rise to a mental state that plays another sort of role. There may be a notion of evidence that properly guides belief that aims at the truth. Being directed at successful action may be the sort of feature that makes a mental state aim at the truth.

I also think that contemporary work on pragmatic encroachment can learn from decades of work in formal epistemology connected with the pragmatist views of Ramsey and de Finetti, and that contemporary work on challenges to the accuracy paradigm might learn from decades of traditional epistemology focused on evidence and justification.