In this post, I report from our applied epistemology panel at the Society for Applied Philosophy Annual Conference 2018, held in Utrecht from 29th June – 1st July. 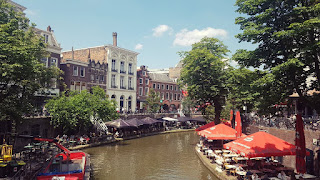 When you think about typically ‘applied’ sub-disciplines of philosophy, epistemology might not be the first area of study to cross your mind. But Boudewijn de Bruin and Lisa Warenski, two speakers from last year’s panel on Applied Epistemology in the Professions decided that an applied epistemology panel should be a fixture of the SAP annual conference, and together with Anneli Jefferson and myself, put together a proposal, looking at deepening understanding of the application of the concept of epistemic injustice to topics in both mental health and finance for this year. (Unfortunately Lisa couldn’t make it on the day, so I report on just the three talks, but do keep an eye out for her work in this area!) 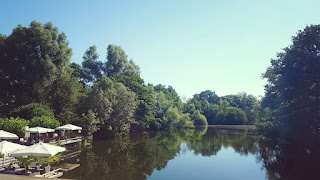 First Boudewijn explored epistemic injustice in consumer markets, starting from the observation that on some views of market forces and the relevant agents involved, increased competition ought to decrease discrimination – but this is not what we in fact observe: legislation, not competition, protects against discrimination. Boudewijn then outlined a number of areas where, despite the relevant civil rights acts, epistemic injustice crops up.

There are two kinds of cases. First, there are those on the supply side, where, for instance, two customers with near enough identical business proposals apply for a loan, but a white customer’s application is favoured over that of a black customer. Then there are cases on the demand side, where customers do not even apply, due to having limited experience (which Boudewijn diagnosed as limited epistemic self-confidence) because of structural injustices and past interactions where their testimonies had not been afforded appropriate credibility in financial contexts. Boudewijn then discussed potential strategies to ameliorating these distinctly epistemic injustices, as well as their limitations. 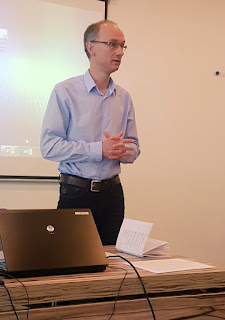 Anneli moved the focus of the application of epistemic injustice to mental health contexts. She started from the idea that when we believe that a person is experiencing a mental health problem, this has a strong influence on the way we interpret what they say and how likely we are to believe them. These cases are different to epistemic injustice as it arises in the context of race or gender, because these categories are independent of the supposed features that underwrite epistemic injustice (assigning lower credibility to testimony). But the same is not necessarily true in mental health contexts (where, for instance, it may be epistemically justified to assign a lower level of credibility to a person for the reason that part of their experience is of, e.g., delusions or other inaccurate beliefs).

The situation is complicated by the fact that, in many clinical interactions, there is incomplete information to determine the level of credibility that should be assigned to the person’s testimony. Anneli discussed how lack of research into differentiating the cases, as well as the risks of stigma and spurious diagnostic categories such as Borderline Personality Disorder, further complicate the issue. 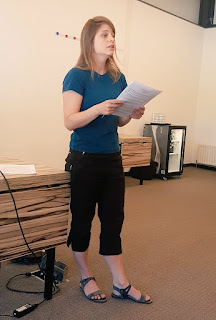 I gave the final talk on the panel, thinking about epistemic injustice in the particular context of Alzheimer’s Disease (AD). One might think that a disease which is chiefly characterized by inevitable cognitive decline is a strange place to look for epistemic injustice risk. You might think that people with AD are in an epistemically poor position, but that’s a feature of the disease, not due to injustice. Indeed, I got into thinking about AD because of my work on confabulation, AD being one of the contexts in which confabulation occurs.

But I’ve also been thinking about storying telling in non-clinical contexts, and how stories shape our perceptions of, and interactions with, the world. As such, the “cognitive decline” story tracks an important feature of AD, but if that’s the only story we tell, then we risk viewing AD patients as incapable of being any kind of knowers, when in fact much embodied knowledge (particularly around touch, movement and music) remains throughout the progression of the disease.

I argued that withdrawing from embodied interactions with AD patients because we focus on cognitive decline risks putting them in an epistemically worse position, cutting them off from important bodily routines that facilitate knowledge of the self, the world, and their connections to loved ones. I think this is a form of epistemic injustice because the specifically epistemic losses above result from incomplete societal resources for understanding AD (e.g. excessive focus on cognitive decline, and lack of consideration of embodied knowledge in the stories we typically tell about AD). Telling better stories has the potential to ameliorate this risk. 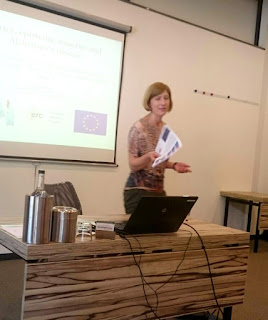