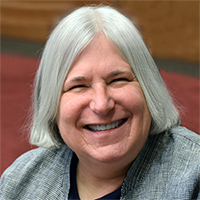 My name is Nancy Snow and I am a Professor of Philosophy and Director of the Institute for the Study of Human Flourishing at the University of Oklahoma (see here for more information). My paper, “Adaptive Misbeliefs, Value Trade-Offs, and Epistemic Consequentialism,” was recently published in the volume Epistemic Consequentialism, edited by Kristoffer Ahlstrom-Vij and Jeffrey Dunn (Oxford University Press, 2018).


Adaptive misbeliefs point to complexity and possible tensions in the kinds of value that constitute our well-being as a whole. If our overall well-being consists of epistemic and pragmatic value (in addition to other kinds of value), then adaptive misbeliefs suggest a possible disconnect between what we should believe to be good “knowers” as opposed to what we should be believe to be good “doers.”

I explore this puzzle from a variety of angles, including cases of what I call ‘game-changing’ adaptive misbeliefs. These are false beliefs that contribute to bringing about the conditions under they become true. (E.g., my belief that I am a good swimmer causes me to jump in the water, which causes me to realize I am not a good swimmer, which causes me to take lessons, which cause me to become a good swimmer.) I argue that it is epistemically irresponsible to hold adaptive misbeliefs, even game-changing ones, for the sake of trade-offs between epistemic and pragmatic value that result in overall increases in value. That said, there are cases in which such epistemic irresponsibility is forgivable.