Today's post is by Finlay Malcolm, a Research Fellow at the University of Hertfordshire. He is currently researching on the nature, value and epistemology of faith, the ethics of testimony, and non-realist approaches to religion. 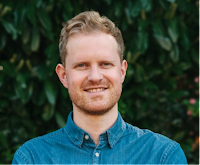 Imagine that you’re having lunch with a good friend. You’re discussing work and you tell her that you were recently given an award for excellent achievement – something you’re very proud of. She has no reason to disbelieve your testimony: she knows that you’re a good worker, and that you don’t make things up. Nevertheless, she doesn’t believe what you say. What’s more, she explicitly informs you that she doesn’t believe your testimony.

Why won’t she believe what you’ve told her? Suppose that her reasons are that she thinks you’re making things up to make yourself sound better at your job than you actually are. That is, she thinks that you’re lying. But of course, she has no good reason to think that you’re lying. The fact that she doesn’t believe you for the reasons she doesn’t may strike you as insulting and may make you feel offended. According to some writers, you would be warranted in feeling as though you have been insulted in this case. For instance, G.E.M Anscombe remarked that ‘It is an insult and it may be an injury not to be believed’ (1979, 150).

In a recent article, I have defended an account of when and why ‘testimonial insults’ occur within the practice of testimony. The example above is insulting because the speaker has her sincerity called into question on a significant matter when dialoguing with someone of importance. You can also be insulted when you have your competence as a knower called into question, as when, say, you reject the testimony of a scientist because you think that he or she is poorly skilled qua scientist.

Insults can be quite useful devices in some contexts. Telling corrupt and abusive politicians that they are a disgrace to their office may encourage a change of behaviour. But in some cases, we may have distinctly moral reasons to refrain from insulting others. For instance, when insults cause offence, and when they undermine collective and individual flourishing. These reasons are outweighed in the case of the politician, but what about cases of special relationships, like friendship? If we can insult a friend when we don’t believe her testimony, do we then have moral reasons to believe her testimony?


Take the first case above. The testimony is rejected unwarrantedly in the sense that, given the epistemic reasons the hearer has, she ought to believe the testimony. There is no need to factor in moral reasons – derived from testimonial insult or otherwise – in whether the hearer should believe the testimony. She is justified in believing it because the epistemic reasons require that she does so.

There may be some cases, though, where moral reasons come into play. Suppose in the example above the hearer is warranted in thinking that her friend is making up her story. Should she not just believe her friend in order to avoid insulting her? Insults could, after all, undermine the friendship, whereas believing her friend could show the kind of support required of good friendships. I’m inclined to think that the moral reasons do have some normative weight in these kinds of cases, and so, if there can be moral reasons for belief, then in these cases at least, testimonial insult generates such reasons.

One potential problem with this conclusion is that we may think that there is no such thing as a warranted testimonial insult. Anscombe herself defended this position: ‘Compare the irritation of a teacher at not being believed. On the whole, such irritation is just…But if what was not believed should turn out to be false, his complaint collapses.’