This post is by Helen Ryland. Helen Ryland is a Philosophy PhD student at the University of Birmingham and funded by Midlands3Cities (AHRC). 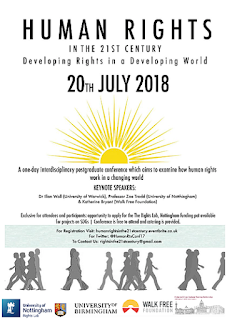 A philosophy student and a law student walk into a room. This is essentially how the ‘Human Rights in the 21st Century: Developing Rights in a Developing World’ conference was born. After discussing our PhD projects at an induction event (and then again over several coffees), myself and Sarasvathi Arulampalam (Law, University of Birmingham) realised that we wanted to work on an interdisciplinary conference that would allow researchers from a variety of fields to get together and actually discuss the changes and challenges that human rights are currently facing, and how we might go about responding to these issues.

With the blessing of Alice Storey (Law, Birmingham City University), we applied to take over the organisation of her previous Midlands3Cities (M3C)- funded ‘Human Rights Challenges in the 21st Century’ conference. Our new conference was funded by a partnership between M3C (AHRC) and The Rights Lab, Nottingham, and we added three further members to the organising committee – Hannah Spruce (English and American Studies, University of Leicester), Amna Nazir (Law, University of Birmingham/Birmingham City University), and Thomas Crawley (Philosophy, University of Nottingham). 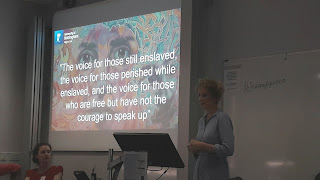 The conference featured two keynote speeches from Professor Zoe Trodd (The Rights Lab, Nottingham) and Dr Illan Wall (University of Warwick). We were delighted that both accepted our invite to speak, and they delivered brilliant, informative keynotes on two very different topics. Professor Trodd discussed her work with The Rights Lab, Nottingham, specifically she explained a freedom blueprint that would allow us to tackle modern slavery as a problem of sustainable development. Dr Wall argued against an absolute commitment to rights. He ultimately concluded that we would do better by allowing for strategic engagement with human rights. 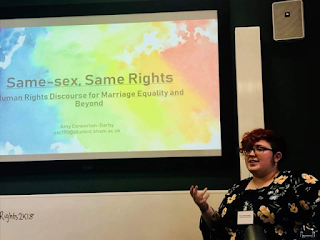 Alongside our keynotes, the conference also featured four panels in which postgraduate students presented their research. In panel one – human rights and belonging – Bradley Hillier-Smith argued for our moral obligations to refugees. Bradley ultimately argued that we have a stronger moral obligation to aid those who are suffering as a result of severe human rights violations than we do to those suffering as a result of natural causes. This was followed by Nicholas M. Schenk’s discussion of statelessness, justice, and the protection of human rights, in which he explained how the global birth lottery is arbitrary.

In panel two – institutional and definitional issues and tensions with human rights law – Stefanos Xenofontos explained why the European Court of Human Rights needs a reality check. This was followed by Andrea Preziosi’s analysis of human rights and security in synergy, and how the logic of balance can be challenged. In panel three – the conceptual application of human rights in spaces – Fatima Garcia Elena discussed ‘the space of human rights’, with a particular focus on how ‘space’ as both a concept and reality affects the fulfilment of human rights. This was followed by Sahar Sadoughi, talking about whether international humanitarian law can bear the burden of instrastate conflict. 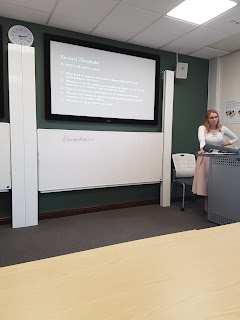 In panel four – human rights, sex and sexuality – Emily Walsh explained how the current treatment of sexually active dementia patients (in residential care homes) violates their human rights. This was followed by Amy Conkerton-Darby discussing how philosophical conceptions of human rights can be used to justify same-sex marriage, and how marriage rights should be the same for both heterosexual and LGBTQ+ marriages.

Finally, the day concluded with a roundtable discussion on modern slavery and related sustainable development goals, chaired by Professor Zoe Trodd and Robin Brierley of the West Midlands Anti-Slavery Network (WMASN). Robin began by explaining his role at WMASN and discussing the vital work that they do across the West Midlands. The roundtable then featured five minute presentations from four postgraduate presenters.

Andrew Searle discussed the human right to dominate, and how his research aims to analyse the efficacy of interventions by Human Rights Organisations in places with complex human rights situations. Emmanuela Enweonwu talked about child marriage as a form of modern slavery and impediment to sustainable development goals. Arinze Bryan Okicke assessed socio-economic rights regionalism and the future of multilateral trading systems in Africa. And Bethany Jackson explained how her research analyses modern slavery across South Asia using remotely sensed imagery. 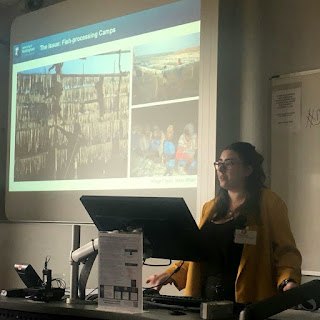 At the end of the roundtable, Professor Trodd announced ‘The Rights Lab New Directions in Slavery and Sustainable Development Award’. This is a post-conference funding pot for new projects responding to modern slavery and related sustainable development goals. The idea being that conference attendees can use the connections that they have made at the conference to create research groups and put together project proposals. We are very excited to see what projects will develop from this initiative. After all, you never know what can happen when two people meet in a room.

For further details about the conference, please see #DevelopingRights2K18 on Twitter.