This post is by Marc Wittmann, Research Fellow at the Institute of Frontier Areas of Psychology and Mental Health in Freiburg, Germany. Here, he writes about his new book on altered states of consciousness.

Subjective time emerges through the existence of the self across time as an enduring and embodied entity. This is clearly revealed in everyday states of consciousness such as transiently being in states of boredom or flow. An increased awareness of the self is associated with an increased awareness of time when we are bored. In contrast, we lose track of time and the self when fully immersed in challenging activities accompanied by the feeling of enjoyment – experienced in the state of flow.

The relation between self-awareness and time is even more prominently disclosed in anecdotal reports and empirical studies on altered states of consciousness such as in meditative states, in music-induced trance, and after ingestion of psychedelic substances. In peak states the experience of ‘timelessness’ is reported together with a loss of the sense of self. This is in fact a universal spiritual experience where time is not experienced at all and the self becomes one with the world.


In my book Altered States of Consciousness: Experiences out of Time and Self, just published by MIT Press, I explore these facets of changes in consciousness awareness. After a prologue containing a warm-up with reports of extreme experiences by novelists and Nobel Prize winners, the first chapter covers phenomena under scientific investigation such as the experience of time expansion in moments of terror and accidents (the slow-motion effect), under the influence of drugs, in spiritual moments, and in near death when the heart and brain have apparently stopped functioning. In the second chapter I cover the experience of time and self in meditation.

An abundance of neuroscientific studies exist on meditation effects; and I interview a highly experienced meditator on what he can report to us about his states of “awakening”. In the third chapter I investigate the case of a puzzling psychiatric patient who has lost her emotional feelings, her bodily feelings and the sense of time. Depression and schizophrenia and the latest research on disturbed temporal processing in these patients as well as in certain individuals with epileptic auras are reported. Finally, the latest breathtaking studies on psychedelics such as psilocybin, LSD, and ayahuasca are discussed.


The book presents cases of personal reports and scientific investigations to open the mind up for future conceptualizations that will help to understand phenomenal consciousness, of what makes us humans. An openness to research has developed in the last few years which now allows for systematic studies of psychedelics, near-death experiences, spirituality and meditation, and more. All of these topics were absolutely a no-go only two decades ago. This paradigm shift is touched upon in the epilogue of the book. If we want to understand consciousness we don’t have to be afraid to challenge the foundations of what we know – with scientific methodology. 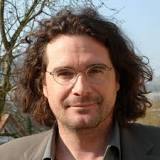