Alessandra Tanesini is a Professor in Philosophy at Cardiff University (UK). She is the author of An Introduction to Feminist Epistemologies (Blackwell, 1999), of Wittgenstein: A Feminist Interpretation (Polity, 2004), and of several articles in epistemology, feminist philosophy, the philosophy of mind and language, and on Nietzsche.

Her recent work lies at the intersection of ethics, the philosophy of language, and epistemology with a focus on epistemic vice, silencing, prejudice and ignorance. She is currently a co-PI on a two-year multidisciplinary research project Changing Attitudes in Public Discourse which is dedicated to reducing arrogance in debate. Open access copies of recent publications and work in progress can be found here. 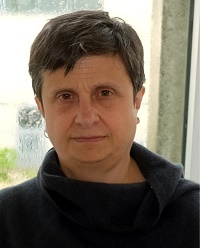 Those who face discrimination, humiliation and intimidation on a daily basis suffer many harms as a result of these wrongful treatments. In my paper “Intellectual Servility and Timidity” I explore how subordination and discrimination damage the character of the oppressed. I argue that those who are repeatedly humiliated are likely to develop feelings of inferiority and a lack of pride in their achievements. They might also become extremely servile.


I characterise this vice as a damaged form of self-esteem. It occurs when individuals have a low opinion of themselves as this self-evaluation is measured explicitly by means of questionnaires, and at the same time have a positive view of themselves as this is measured indirectly via the Implicit Association Test (IAT) or other implicit measures. These individuals are driven by a desire to fit in with a society that despises them. They are, in response, prepared to adopt the low opinion that others have of them to avoid social exclusion.

Timidity is a vice related to servility. It is developed in response to repeated intimidations. Timidity is another vice of low self-esteem that has deeply harmful epistemic and moral effects. Whilst servility is motivated by a desire to be socially included in a group that holds one in low regard, timidity is a fear response. It is characteristic of those that accept marginalisation and out-group status if it helps them avoid being the target of threats and harsh treatment. Timidity and servility are distinct vices that are underpinned by different, albeit possibly overlapping, psychological states. That said, the same people might manifest both vices to the same or to different degrees.

In the paper I argue that servility and timidity are one cause of many epistemic harms that befall those who possess these vices but also those who interact with them.

Firstly, timidity and servility are obstacles to self-knowledge. People who are timid or servile are likely to have false views about their abilities because they underestimate them. These individuals are also unlikely to understand fully the motivations that explain their behaviours. For instance, people who are timid tent to self-silence in fear. They are however likely to rationalise their behaviour by thinking that they are silent because they have nothing to contribute. Servile individuals tend to ingratiate powerful people. While this behaviour might initially be part of a self-conscious strategy, it is likely eventually to be perceived as fitting one’s interactions with those one has come to perceive as one’s superiors.

Secondly, timidity and servility atrophy the intellectual abilities of those who suffer from them because they inhibit the motivation to practice and improve one’s cognitive skills. Both timid and servile individuals think of themselves as unable to achieve. For this reason, they perceive attempts at self-improvement as futile.

Finally, these vices also damage other people’s epistemic prospects. Because servile people refrain from disagreeing with others, and timid individuals from contributing to conversations, the quality of debate within the epistemic community as a whole suffers.