Intensity of Experience and Delusions in Schizophrenia

This post is by Eisuke Sakakibara, psychiatrist working at The University of Tokyo Hospital. In this post he writes about his paper “Intensity of experience: Maher’s schizophrenic delusion revisited” recently published in Neuroethics. 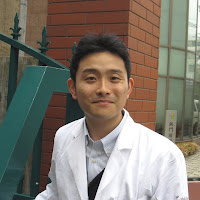 Delusion is one of the most frequently discussed themes in philosophy of psychiatry, and this is my second publication regarding delusions. In my first paper, entitled “Irrationality and pathology of beliefs,” I proposed that not all delusions are pathological, and some delusions are formed without any physical or mental dysfunction.

The theory of schizophrenic delusion has developed by the consecutive works made by Brendan Maher. He proposed in 1974 that schizophrenic delusions are hypotheses formed to explain anomalous experiences rather than the result of patients’ paralogical inferences. He stated that they are “rational, given the intensity of the experiences that they are developed to explain.”

But his theory was criticized by the two-factor theorists of delusion because 1) it does not explain why some patients with anomalous experiences do not develop delusions, and 2) adopting and adhering to delusional hypotheses is irrational, considering the totality of experiences and patients’ other beliefs.

The most important contribution of the present paper is that it reveals that intense experiences have bias-inducing power by themselves. With the aid of this notion, it is maintained that anomalous experience is sufficient for the development of delusions, at least in some cases of schizophrenia. Compared to other theories of schizophrenic delusion, Maher’s theory, which embraces the notion of intensity of experience, better explains why such irrational mental states as delusions develop from anomalous experiences, and why delusional patients persist in believing specific thematic content.

Finally, let me show the readers the recent progress in the field of philosophy of psychiatry at Japan. My colleagues, Shigenori Tadokoro, Yukihiro Nobuhara, Takayuki Suzuki, and I have been running a study group named “Philosophy of Psychiatry and Psychology,” since 2013, where about 5 to 10 philosophers, psychiatrists, and psychologists meet once a month to discuss fundamental issues in psychiatry and clinical psychology. Senkei Ueno, Toshiya Murai and colleagues have translated the books written by Nassir Ghaemi, Rachel Cooper, and Peter Zachar.

In addition, we held a symposium focusing the philosophy of psychiatry in the annual meetings of the Japanese Society of Psychiatry and Neurology (the equivalent of American Psychiatric Association in the United States) in 2017 and 2018, which enabled the popularization of this field. To further develop the field, I hope there will be interdisciplinary and international collaborations in the near future.