What Does it Take to Be a Brain Disorder?

In this post, Anneli Jefferson, Leverhulme Early Career Fellow at the University of Birmingham summarizes her paper on the nature of brain disorder, recently published in Synthese. 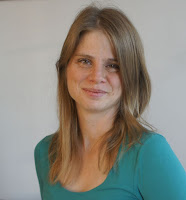 Many philosophers have resisted this conclusion, appealing to the hardware/software distinction to argue that even if dysfunctional mental processes are realised in the brain, this does not mean that the underlying brain processes are also disordered. Just as there can be a software problem without there being anything wrong with the hardware, there can in principle be a mental problem without any systematic problem in brain function.

This argument is often supported by appeal to multiple realizability: one mental dysfunction can be realised by many different brain processes in different individuals or in one individual over time. There may not be a stable underlying brain pattern that realises a specific psychological dysfunction.

There is no independent, brain-internal criterion that characterizes these differences as dysfunctional, instead the characterization of brain dysfunction depends on the psychological level. This should not worry us, I argue, because the brain is the organ of thought, so it stands to reason that we look at the interaction between disordered processes of thought and feeling and brain anomaly when figuring out which brain differences constitute brain dysfunctions.

While my account provides us with a principled way of saying that there is something wrong with the brain, it does not do a lot of things many people think an account of brain disorder and dysfunction should do.  Most importantly, it does not give us a purely physiological notion of brain dysfunction which does not rely on the psychological level for ascriptions of dysfunction.

The paradigmatic model of brain disorders is that of neurodegenerative conditions or brain tumours, where there is a clearly identifiable physiological problem which also causes psychological dysfunction and which is cured by physiological means. Some philosophers believe that brain disorders are only those conditions where we can provide purely physiological causes for the onset of a mental health condition or a cure through medication or other kinds of physical intervention.

However, as I explain in the paper, I take this goal to be mistaken, as even standard accounts of physiological dysfunction often rely on more large scale problems that a physiological anomaly causes for the person. We should therefore adopt an account which aims to classify those conditions as brain disorders for which we can justifiedly say that there is something wrong with the brain.