This post is authored by Juliette Vazard, a PhD candidate at the Center for Affective Sciences at the University of Geneva, and at the Institut Jean Nicod at the Ecole Normale Supérieure in Paris. In this post she discusses her paper “Epistemic Anxiety, Adaptive Cognition, and Obsessive-Compulsive Disorder” recently published in Discipline Filosofiche. 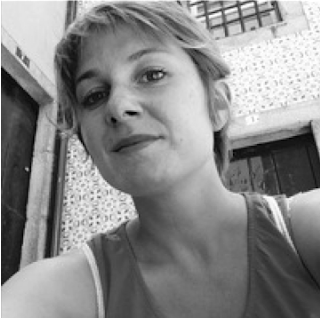 I am curious about what certain types of dysfunctional epistemic reasoning present in affective disorders might reveal about the role that emotions play in guiding our epistemic activities. Recently, my interest was drawn to the emotion of anxiety. Anxiety has often been understood as belonging to the domain of psychopathology, and the role of this emotion in the everyday lives of healthy individuals has long remained understudied. In this article I argue that anxiety plays an important role in guiding our everyday epistemic activities, and that when it is ill-calibrated, this is likely to result in maladaptive epistemic activities.

Anxiety is felt towards dangers or threats which are not immediately present, but could materialize in nearby possible worlds or in the future. Like other emotions, anxiety plays a motivational role in preparing us to act in response to the type of evaluation it makes. Because anxiety functions to make “harmful possibilities” salient, it prompts a readiness to face potential threats, as well as attempts to gain information (regarding its chances of materializing, its magnitude, specific nature, etc.)

I believe analyzing the nature and role of anxiety can enlighten us on the dysfunctional mechanisms at work in obsessive-compulsive disorder. OCD is a psychiatric disorder that most often implies obsessions “which are intrusive, unwanted thoughts, ideas, images, or impulses” and compulsions, which are “behavioural or mental rituals according to specified ‘rules’ or in response to obsessions” (Abramowitz, McKay, Taylor 2008, p. 5). Most interestingly, persons with OCD experience the need to secure more evidence and demand more information before they can reach a decision and claim knowledge (that the stove is off, for instance) (Stern et al. 2013; Banca et al. 2015).

I believe that the notion of “epistemic anxiety”, drawn from epistemology, can prove particularly helpful in understanding this specific aspect of the disorder. In epistemology, epistemic anxiety has been associated with a motivational tendency to invest greater cognitive efforts and collect more evidence in “high-stakes” contexts (Nagel 2010, p. 9). In my article I specify the nature of this state and put forward a conception of epistemic anxiety as an emotion which tracks propositions expressing a possibility evaluated as practically costly.

This particular emotion helps us quickly identify which questions require immediate attention and further inquiry, given their harmful implications, which helps us conduct our epistemic activities in ways which serve our practical interests. While this is most often adaptive, I suggest that epistemic anxiety might be dysfunctional in OCD, motivating inquiry in a way which does not serve the agent’s practical interests.

Where epistemic anxiety is dysfunctional, it is likely that we will find ourselves deprived of a helpful guide in our epistemic pursuits. In fact, one might argue that both an excessive disposition towards epistemic anxiety, and an insufficient one can prove detrimental: both the “careless” and the “obsessive” are unable to feel appropriate anxiety and, as a consequence, to allocate cognitive resources where and when it matters.
Posted by Sophie Stammers at 08:00