The Epistemological Role of Recollective Memories

Today’s post is by Dorothea Debus, Senior Lecturer in the Department of Philosophy at the University of York. 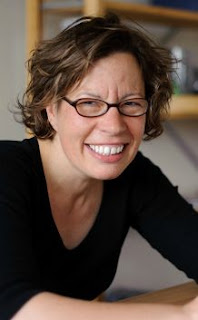 Together with Kirk Michaelian and Denis Perrin I've recently edited a collection of newly commissioned papers in the philosophy of memory (New Directions in the Philosophy of Memory, Routledge 2018), and I've been invited to say something about my own contribution to that collection here.

A subject who experiences an R-memory is characteristically passive with respect to the occurrence of the R-memory itself, but subjects nevertheless also can be, and often are, actively involved with respect to their R-memories in various ways. At the same time, R-memories also play an important epistemological role in our everyday mental lives: When making judgements about the past, we often do rely on our R-memories of relevant past events, and it also seems that compared to other kinds of memories, we take R-memories especially seriously and give them special weight and particular attention when making judgements about the past.

What is more, there are important links between the epistemological role which R-memories play on the one hand, and our R-memories' characteristic features of passivity and activity on the other, and in the paper at hand I suggest that we can understand both these aspects of R-memory better by setting out to understand them together.

However, subjects are also actively involved with their R-memories, and this might seem to pose a problem for this epistemological claim. For example, some people can actively 'switch perspectives' when R-remembering past events and can then remember a past event from a perspective which was not their own perspective in the remembered situation. But then, an R-memory's epistemological value seems bound up with the R-memory's characteristics of passivity, and any active intervention on the part of the experiencing subject might well seem to 'spoil' those passive characteristics. Indeed, a subject's active manipulation of an R-memory might be thought of as rendering the R-memory epistemologically worthless.

I explain why this worry might seem plausible and pressing, but I go on to show that relevant active interventions on the part of the subject will not pose a threat to the epistemological status of R-memories as long as a subject's active involvement with respect to her R-memories adheres to relevant epistemological norms. The observation that we can, but might not, follow certain epistemological norms when being actively involved with our R-memories in turn highlights the fact that each of us might well also bear some responsibility for the ways in which we are, and are not, actively involved in our mental lives quite generally, and with our R-memories more specifically.

So much for a very brief sketch of the arguments developed in the paper. In order for any of this to be fully convincing, the arguments sketched here would obviously have to be developed in much greater detail. You can find out about how this might be done here (chapter 6).