This post is written by José Luis Bermúdez, who is Professor of Philosophy and Samuel Rhea Gammon Professor of Liberal Arts at Texas A&M University. Prof. Bermúdez has published seven single-author books and six edited volumes. His research interests are at the intersection of philosophy, psychology and neuroscience, focusing particularly on self-consciousness and rationality.

In this post, he presents his new edited collection "Self-Control, Decision Theory, and Rationality" published by Cambridge University Press. 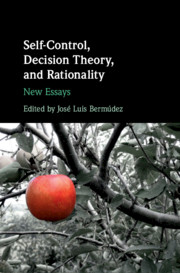 Is it rational to exercise self-control? Is it rational to get out of bed to go for a run, even when staying in bed seems preferable at the time? To resist the temptation to have another drink? Or to forego a second slice of cake?

From a commonsense perspective, self-control is a way of avoiding weakness of will, and succumbing to weakness of will seems to be a paradigm of irrationality – something that involves a distinctive type of inconsistency and practical failure. This reflects a focus on rationality in choices over time – on keeping one’s commitments and following through on one’s plans.


But things can look very different when one narrows down to specific, individual choices. Then rational self-control seems hard to accommodate. After all, to exercise self-control is to go against your strongest desires at the moment of choice – and why should you not take what seems to be the most attractive option? From the perspective of orthodox decision theory, rationality requires you to maximize expected utility and (at the moment of choice) being weak-willed is what maximizes expected utility.
Economists and psychologists have typically thought about self-control in the second of these ways, influenced by decision-theoretic models of rational choice. These models are designed to elucidate individual choices at a time, rather than patterns of choices over time. Philosophers, in contrast, have tended to focus on choices over time.

This interdisciplinary collection of papers by a distinguished cast of philosophers, psychologists, and decision theorists brings these two approaches into dialog. In exploring the relation between them the papers cover an array of important issues, including:
Self-Control, Decision Theory, and Rationality contains 11 papers, together with an extended general introduction by the editor. 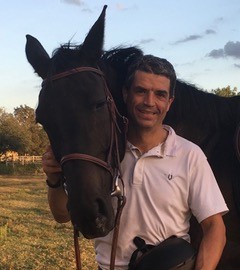