Today's post is by Elliot Porter. Elliot is a political philosopher. His research examines autonomy and abnormal psychology, focusing particularly on affective disorders. During his MSc he sat as the student Mental Health Officer on Glasgow University's Students’ Representative Council, and the university’s Disability Equality Group. He currently sits as a member of a Research Ethics Committee in Glasgow, which approves medical research for the Health Research Authority. 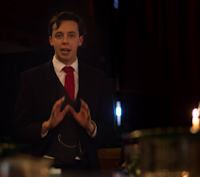 It is widely thought that serious mental disorder can injure a person's autonomy. Beauchamp and Childress list mental disorder among the controlling influences that render a person non-autonomous. Neither Raz nor Dworkin allow their theories to conclude that people with mental disorder are in fact autonomous.

Happily, recent research tends not to take mental disorder as a homogeneous phenomenon, in favour of examining different disorders and symptoms individually. Lisa Bortolotti has examined the relationship between delusion and autonomy in detail. Lubomira Radoilska has characterised depression it as a state which injures autonomy by taking away our agential power. Both have sought to explain how and why these kind of mental disorder injure our autonomy. I am interested in taking a different approach.

During my MSc I looked at various kinds of mental disorder and examined the commitments that three theories of autonomy would have for each. As one would expect, different theories are committed to different judgements in certain cases, and turn on different features of a disorder. What was striking was the degree of detail required before a theory could safely compel a conclusion.

Judgements about autonomy in psychiatry are made on a case-by-case basis, where this degree of detail is available. However, just as clinical decisions are better informed by understanding the common side-effects of treatments or diseases, these kinds of moral judgement will be better informed by knowing what sorts of moral implications different disorders have. We must be able to recognise which kinds of depression threaten autonomy and which (if any) do not. Clinicians can make safer judgements, and patients’ rights are more secure, if these individual judgements are informed by a systematic understanding of how different disorders interact with autonomy.

This dissertation lead my interest to mood disorders. I found that, in mood disorders, judgements about autonomy were hostage to the fine detail of an episode more than in other kinds of disorder. I found myself returning over and over to one view of such episodes; where the reasons a person believes they have to pursue certain commitments had changed. Depressed people often give up on their projects.

We can say that they no longer feel they have reason to pursue those projects. Manic people often take on new projects, (almost as often, at the expense of their old ones). We can say that these new reasons to pursue projects have grown to eclipse their previous reasons. However, if mania has changed someone’s commitments by changing their reasons, it is less clear that new commitments are non-autonomous.

I think it will be useful to examine how disordered mental states might instantiate autonomy. Work that explains how autonomy is injured by disorder provides the necessary justification to the paternalist interventions that are sometimes needed in medicine. However if our theories of autonomy carry a tacit neurotypical chauvinism, we should expect to find justification too easily. A clear picture of what autonomy looks like during a manic episode will protect against any hasty conclusions.
Posted by Lisa Bortolotti at 08:00