Biased by our Imaginings

Today’s post is written by Ema Sullivan-Bissett, who is a Lecturer in Philosophy at the University of Birmingham. Here she overviews her paper ‘Biased by Our Imaginings’, recently published in Mind & Language. 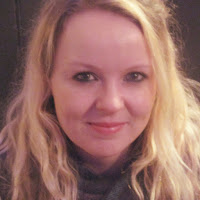 In my paper I propose and defend a new model of implicit bias according which they are constituted by unconscious imaginings. As part of setting out my view I defend the coherence of unconscious imagination and argue that it does not represent a revisionary notion of imagination.

Implicit biases have been identified as ‘the processes or states that have a distorting influence on behaviour and judgement, and are detected in experimental conditions with implicit measures’ (Holroyd 2016: 154). They are posited as items which cause common microbehaviours or microdiscriminations that cannot be tracked, predicted, or explained by explicit attitudes.

The canonical view of implicit biases is that they are associations. The idea is that one’s concept of, say, woman is associated with a negative valence, or another concept (weakness) such that the activation of one part of the association triggers the other. On this view implicit biases are concatenations of mental items, with no syntactic structure.

Recently though, there has been a move away from the associative picture to thinking of implicit biases as having propositional contents and as not being involved in associative processes. This kind of view is motivated by some empirical work (reviewed at length in Mandelbaum 2016). In light of this shift, new models of implicit bias have been proposed to accommodate their propositional nature, these include models according to which implicit biases are unconscious beliefs (Mandelbaum 2016), and patchy endorsements (Levy 2015).

I also argue that my view has the explanatory credentials won by accommodating what I identify as the primary features of bias and does not face the problems raised against the belief model.