Care and Self-harm on Social Media: an interview with Anna Lavis


Her work explores individuals’ and informal caregivers’ experiences and subjectivities of mental illness and distress across a range of social and cultural contexts, both offline and on social media, with a particular focus on eating disorders and self-harm. 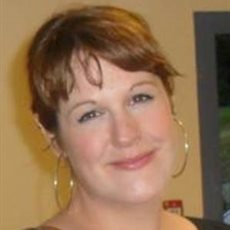 In this post Eugenia Lancellotta interviews Anna on her latest project, Virtual Scars: Exploring the Ethics of Care on Social Media through Interactions Around Self-Injury, funded by the Wellcome Trust, Seed Award in Humanities and Social Science.

EL: How did you become interested in the ethics of care in self-harming online communities?

AL: I started work on relationships between social media and mental health during my MSc in 2002/2003. At that time, my research was focused on Anorexia Nervosa and the investigation of pro-anorexia websites and I then completed a PhD in which I conducted an ethnography of pro-anorexia websites and an eating disorders unit side-by side. From this research it was clear that rather than solely promoting dieting and anorectic behaviours, pro-anorexia websites also offered a non-judgmental platform; people struggling through eating disorders shared their experiences and cared for one another in ways that were undeniably ambivalent and complex but also potentially life-saving.

More recently, I began to wonder whether similar dynamics of care were found in online discussions related to self-harm, and if so, what the meanings, ethics and implications of such care might be. This is how I got inspiration for the project on the ethics of care of self-harm interactions on social media.

EL: Why do you think people go online searching for self-harming communities?

AL: Mainly for two reasons. The first is because people who may be self-harming often feel misunderstood and stigmatized by society. The second is because offline support services are not easily accessible or may be difficult to access - such as at night - and they too are not free from prejudice. Social media may fill these gaps, offering a platform where people can share their experiences and get virtual support from other people with similar experiences 24 hours a day.

Policy makers should consider these aspects more carefully when banning some of the content of these interactions (such as self-harm imagery), as this risks also preventing access to what can be precious forms of support for a young person struggling with self-harm or an eating disorder. For example, on social media participants may provide mutual support by virtually 'sitting with' a person in crisis, or offering ways to resist the urge to self-harm.

Everyone wants to be listened and understood, it is a shared human need which society does not always meet when it comes to people suffering from mental health conditions or living through trauma and distress. Online communities can be a lifeline.

EL: You have highlighted some arguments in favour of self-harming online spaces. What do you think the drawbacks might be?

AL: The main one is that interactions on social media can contribute to normalizing behaviours that may be dangerous, such as self-starvation or self-harm. However, we must bear in mind that there is a difference between normalization and causation. There is no evidence, for example, that seeing self-harming imagery online causes a young person to self-harm. Our work has very strongly found that a young person seeking self-harm imagery or discussions on social media is already self-harming.

I am not denying that the normalization of self-harming behaviour may be dangerous, but at the same time online communities are a more complex reality than depicted by social media and politicians, as they often respond to needs that society is failing to meet. Banning the hashtags and the imagery related to self-harm – as Instagram has recently done – also denies access to the support linked to those resources.

EL: What has been the impact of your project so far?

AL: This project is having some impact on policymakers. This year we have presented findings to the APPG (All-Party Parliamentary Group Inquiry) into mental health and social media, as well as to clinicians, third sector organisations and national suicide prevention leads.

We also recently discussed our research in the online academic blogsite, The Conversation (here).