This post is by Phil Gerrans and Jeanette Kennett. It is a reply to the post we published on Tuesday on Metaethics and Mental Time Travel. 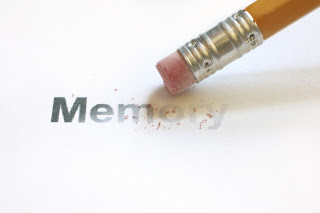 In Metaethics and Mental Time Travel, Fileva and Tresan (F&T) fairly and accurately reconstructed (improved?) and intricately dissected our paper. We cannot follow every twist and turn in a short blog post so concentrate on the key issue. They partially agree with us that semantic knowledge detached from diachronic self-awareness is insufficient for moral agency but disagree (i) whether that awareness needs to be "richly experiential" and (ii) the nature of diachronic deficits in the cases we discuss (see their discussion of these cases which is deeper than ours). As they say,

Our point, which we took from the neuropsychological literature was that in these cases autonoetic awareness (and hence, we argued, agency) was missing. Autonoetic awareness is a term of art introduced by Tulving to refer the feeling that an experience is "mine". This aspect of subjective experience seems subtle and elusive rather than "rich". So much so that its nature comes into focus when it is lost in cases of neuropsychological damage. Rather as the experience of familiarity tends to be obscured in the normal flux of experience and becomes salient when lost in cases of defamiliarisation such as Capgras delusion or Jamais Vu. These cases contrast with rich perceptual experience in which structural detail which can be made the focus of attention yielding more information.

As an example consider RB a patient who lost the sense of autonoesis for his episodic memories (quoted in Klein 2012). He described his experience thus.


When I remember the scene with my friends, studying, I remember myself walking into the room... and... other things I did and felt... But it feels like something I didn’t experience... (something I) was told about by someone else. It’s all quite puzzling (Our italics).


I can see the scene in my head... I’m studying with friends in the lounge in the residence hall. But it doesn’t feel like its mine... that I own it. It’s like imagining the experience, but it was described by someone else.

Whatever precisely R.B. is missing it seems quite a subtle feature of experience. Our idea was that people who cannot automatically experience representations, including of their prior moral principles, as their own will have compromised agency. And if agency is necessary for judgement, compromised moral judgement. The ways in which the experience of "mineness" can be affected differ in qualitatively and in degree so it is difficult to make a categorical judgement on the basis of cases like that of R.B., H.M. and E.V.R. If however self-knowledge is confined to the third personal and propositional we stand by the view that agency is compromised. R.B. is of course an interesting case since, if he is accurately describing his experience in theory-neutral terms then he is a case of intact episodic memory without autonoesis. A dissociation not contemplated in the earliest characterisations of the concept of autonoesis.

How to proceed without rehearsing interpretations of case evidence and the subtleties of metaethical arguments (e.g. whether and to what degree there is convergence between sophisticated/inclusive versions of rationalism and sentimentalism). Consider a judge with episodic amnesia and ex hypothesi a deficit in MTT and autonoesis. She has intact semantic memory, legal knowledge, reasoning and executive capacities so she is able to decide cases synchronically. She just cannot remember that she has done so, but if the matter or a similar one comes up before her again she can evaluate the arguments (again) and reach the correct decision. So her legal reasoning is consistent over time and across cases. Does such a judge have legal competence?

Many would say yes. This answer suggests that synchronic capacities absent diachronic awareness are sufficient for legal agency, understood as the ability to make the right decisions in context.

Now consider the judge deciding whether to get divorced, to retire to another country or to how invest her savings. The relevant information is accessible to her as propositional knowledge. And grant that when she wakes up one morning in Malaysia and asks why she is there and where her family are, she can understand the explanation. She decided previously to get divorced, give her money to her children and move overseas. But she lacks the sense that the decision was hers. It might as well have been made by someone else.

Is the judge a full moral agent?

One can answer this by consulting one's intuitions or by via a moral theory which produces the answer as output. E.g. For a moral externalist presumably yes. Our approach, which we think we share with F&T is a kind of reflective equilibrium, allowing the moral theory to be influenced by empirical evidence without ruling H.M. R.B. or E.V.R. in or out as moral agents a priori.

Posted by Lisa Bortolotti at 06:14