Norms for Political Debate: An Interview with Fabienne Peter

For today's post I interviewed Fabienne Peter, Professor of Philosophy at the University of Warwick, specializing in political philosophy, moral philosophy, and social epistemology. She talks about her research interests, a new exciting project she is participating in, and the role of philosophers in public life. 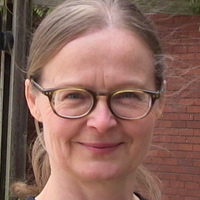 LB: How did you become interested in the norms that govern political debate?

It is a mistake to think that regular democratic elections or referenda are sufficient for the legitimacy of democratic decisions. The political debate in which elections or referenda are embedded helps with making sense of the decision-making process and with interpreting its results. For example, in relation to the recent Brexit referendum, it is important to see that this referendum did not give a mandate for no deal. No deal was explicitly ruled out as a viable option by all sides in the debate leading up to the referendum in March 2016.

LB: How do you think political debate has changed with the emerging of social media platforms? Can you see positive as well as negative consequences of the new media?

FP: When internet technology first reached a stage where it became possible to engage in political debate online, there was great optimism about the democratising potential of the internet. By reducing the cost of political participation and eliminating other barriers to access, the new technology was seen as having the potential to make political debate more inclusive and fair. While the democratising effects remain important, we are now becoming aware that there are potentially pernicious effects, too. Social media platforms have led to new forms of segregation in political debate and enabled targeted political influencing that is only accessible to some groups and not to others.

I can thus definitely see positive and negative consequences of the new media. On the one hand, there is potential for greater inclusivity and, through that, greater scrutiny of controversial political claims and proposals. On the other hand, more and more fine-grained virtual political segregation has become possible, which undermines inclusive political debate and facilitates bad faith manipulation of the political decision-making process.

LB: You are co-investigator in an exciting project, Norms for the New Public Sphere: Institutionalising Respect for Truth, Self-Government, and Privacy, funded by the AHRC. What do you and your team hope to achieve at the end of the project?

FP: It is an exciting project! This collaborative project aims to identify the set of norms – moral norms and epistemic norms – that can underpin regulatory frameworks for the new public sphere. By ‘new public sphere’ we mean the way in which political debate is now influenced by social media technology and related technology, for better or worse. Existing regulatory frameworks that influence political debate tend to focus on the press.

As political debate has now largely moved online, existing regulatory frameworks are no longer adequate to ensure a well-ordered political debate. And while there is currently quite a bit of interest in the question of how to regulate the social media sphere, there is more focus on online harms (cf. the recent Government White Paper) or other ways in which social media platforms might be used for criminal activity. Not enough attention has been paid to the question of how to regulate the way in which social media platforms influence political debate, a question that we believe is vital for a healthy democracy.

Our project is a philosophical project. We are thus focusing on the moral and epistemic norms that could underpin the regulation of the new public sphere, rather than on the question of what an adequate regulatory framework would look like. But our project is not purely philosophical and includes practitioners. The original idea for the project came out of discussions between Jonathan Heawood, CEO of Impress, a media regulation NGO, and Rowan Cruft, a philosopher. They then brought me on board because of my work on the epistemic norms that apply political deliberation. The project now also includes Natalie Ashton, a philosopher who works on political epistemology. And it has Doteveryone, a technology think tank, as a project partner and we are also involving other media professionals as well as representatives of government agencies involved in social media regulation.

LB: You have taken steps to engage the public in your work, and wrote for the Conversation and Philosopher’s Magazine. You also participated in panel discussions open to the public and podcasts. How do you see the role of the philosopher in public life?

FP: I believe in the value of specialisation. Philosophy, like other disciplines, too, continues to advance our understanding of important issues. In my area, for example, philosophers have achieved a sophisticated understanding of the nature of morality and, relatedly, the justification of moral and political claims. And in order to facilitate such advancements, philosophers must be able to narrow their focus and work on some highly abstract questions, questions that do not immediately seem relevant, or even make sense, to non-specialists.

But I also believe that there can also be too much specialisation or, as economists call it, path-dependency. Specialisation can put researchers at risk of working on questions that only make sense derivatively – given the research tradition in which they stand – and that no longer relate back to important issues. Exploring how my research might be of interest and relevance to non-philosophers provides me with an important test for the overall value and significance of my research programme and a safeguard against excessive specialisation.

There is another reason why I believe that doing public philosophy matters in these turbulent political times. We can’t take our achievements for granted at the moment. Lessons that I thought the world had learned – often on the back of anti-slavery, anti-imperialist, and civil rights movements, for example, and of events such as the second world war – are now too often ignored and denigrated. I believe that as philosophers we have a responsibility to go public with our work in this context. We should add our voice to public debates, making vivid the important lessons already learned and testing new ideas.