We are Iskra Fileva and Jonathan Tresan. Both of us teach philosophy, at the University of Colorado, Boulder and at the University of Rochester, respectively. We recently wrote a paper in response to "Neurosentimentalism and Moral Agency," by Philip Gerrans and Jeanette Kennett published in Mind in 2010. We summarize our paper "Metaethics and Mental Time Travel" here. 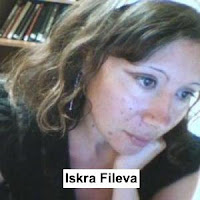 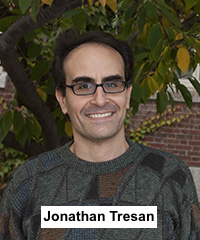 When we make moral judgments, we often experientially project ourselves into the past or the possible futures, a capacity dubbed “mental time travel” (MTT). For instance, in judging whether her mom was wrong to keep her away from her dad after the parents divorced, Sally may try to recall what it was like to be her father’s daughter. Was it a good experience or a bad one? Was the mother rightly protective or just trying to spite the dad? Sally’s evaluation will likely be informed not just by propositional memories (e.g., “My father was born in June”) but by richly detailed and vivid first-personal experiential memories (e.g., what it felt like to hike with Dad).

MTT is in fact involved in moral judgment in myriad ways. That is uncontroversial. In their paper, however, Gerrans and Kennett argue that a capacity for MTT is essential to moral judgment, a requirement they label “diachronicity.” And this fact, they argue, cuts major metaethical ice, providing support for a Kantian metaethical view according to which moral judgments are intrinsically motivating exercises of a rational faculty.

They give three main reasons for this Diachronicity Constraint. First, they cite the behavior of subjects with impaired capacities for MTT such as amnesiacs and certain vmPFC patients. The difficulties these subjects have in making moral judgments, they say, evinces the need for MTT in moral judgment. Second, they argue that MTT deficits necessarily undermine moral agency, but moral agency in turn, they argue, is necessary for moral judgment. Third, they claim that the Diachronicity Constraint follows from the essential normativity of morality.

In our paper we rebut all three of their arguments. First, at least some of the people with impaired MTT capacities discussed by Gerrans and Kennett seem quite capable of making moral judgments. We focus on the case of E.V.R., described by Eslinger and Damasio (1985). E.V.R., we contend, has decision-making deficits but is quite capable of judging morally. Eslinger and Damasio report that he was quite capable of reasoning intelligently when presented with a version of the Heinz dilemma. Gerrans’ and Kennett’s case, we suggest, relies on a tendentious interpretation of the evidence.

Second, even if moral agency requires MTT as Gerrans and Kennett claim, it is implausible that moral agency is required for moral judgment. A person may be fully capable of judging morally without being a moral agent, say because her will is thoroughly impaired due to depression or addiction.

Third, Gerrans’ and Kennett’s case that MTT is necessary in order for morality to be normative relies on an unsupported rationalist interpretation of what morality’s normativity consists in. On that interpretation, reasons are normative for a person only when they are independent of immediate stimulus bound responses. It is a short step from here to the conclusion that we must accept the Diachronicity Constraint.