‘Dementia and Imagination’ is a project aimed at investigating how art can improve the life of people with dementia and their carers. To know more about the project, I interviewed Dr Victoria Tischler (in the picture below) who is one of the lead investigators. 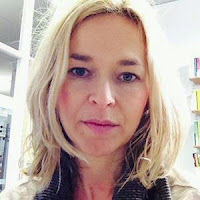 LB: What interests you about the Dementia and Imagination project?

VT: It is an opportunity to thoroughly interrogate the potential for both the therapeutic use of art with people who have dementia, and to explore public engagement with the condition through creative products and processes. We have a large multidisciplinary project team so there are lots of opportunities to develop novel ideas and to learn from each other.

LB: Is there evidence suggesting that art has health benefits, and in particular benefits for people with dementia?

VT: Yes, there is burgeoning evidence in this area. Results suggests that creative activities including looking at, making and discussing art have cognitive benefits such as improving attention, stimulating memory, and enhancing communication and engagement. Also, such activities and associated artistic outputs can challenge negative perceptions about the condition. To date, studies have been relatively small and are often criticised for having poorly defined metholdogies and outcomes. Dementia and Imagination is a large and well-designed study so should be able to contribute significantly to the evidence base. Given the lack of effective treatments for dementia there is increasing interest in this type of work and in how to improve well-being in those who have the condition.


LB: There have been frequent connections in the empirical literature between some forms of mental illness (such as manic-depressive disorder) and creativity. Based on your experience, do you think that people with dementia can be creative?

VT: This connection has been made over a long period of time and is controversial, partly because artwork was historically used in the psychiatric system as a means by which to attempt diagnosis. Such an approach is largely debunked. Nevertheless, artwork made by people who experience mental illness can give us useful insight into their psychic experiences, especially where individsuals may struggle to articulate their condition. This has certainly been my experience with people with dementia. Not only does the experience of making art have clear therapeutic benefits, it is also possible for those with severe cognitive impairment to create complex and aesthetically interesting artwork. 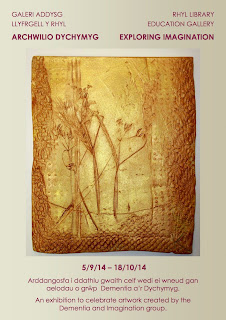 LB: The project is organizing several exhibitions of artworks by people with dementia. What is the artwork like? Is there anything that surprises you about it?

VT: It's hard to get an overall sense of what the work is like right now as it is being created all the time, over the 3 years of the project. What I would say is that the work I have seen so far is very hard to pigeonhole. It is characterised by diversity in terms of skill, theme and materials. It is clear that we cannot underestimate the potential of people with dementia to learn artistic techniques, to be creative, and to create interesting artwork.

LB: Our own project (PERFECT) is interested in whether distorted memory, delusional beliefs, and confabulatory explanations (associated with diagnoses of schizophrenia and dementia) can have any pragmatic or epistemic benefits. Do you think there is any link between these “imperfect cognitions” and making art, or being creative more generally?

VT: Yes I do, they may provide a sense of disinhibition, curiosity and lack of constraint which may be conducive to creative practice and novel artistic exploration.