Optimism and the Creation of Everyday Myths 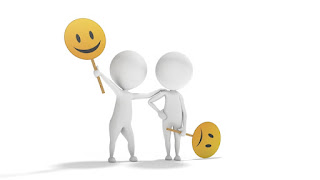 After having studied relatively rare irrational beliefs, those that are also considered symptoms of psychiatric disorders and 'marks of madness', I have recently become interested in the irrationality of everyday beliefs and in particular in those beliefs and predictions that seem to betray excessive optimism.

On 15th January 2015, I was asked to give a talk to the public at Modern Art Oxford, a gallery hosting at the time an exhibition called "Love is Enough", with artwork by William Morris and Andy Warhol. The brief for the talk was to think about the creation of myths, something that interested both artists. I took the opportunity to examine the everyday myths that we all create when we think about our own character traits, talents, skills, and come to believe that we are better than average at everything.

When we imagine what our future will be like, we see it as free of failure, drama and illness, and exemplifying a continuous progress, moving from aspirations to achievements. Such illusory beliefs and unrealistic predictions seem to be good for us, as they have been shown to be beneficial by enhancing mental and physical health, and seem to make us also more resilient and sociable. It would seem that optimism fuels irrational beliefs that make us happier.

But when we familiarise ourselves with the recent empirical literature, we realise that the overall picture is more complicated than initially suggested. We cannot just give up the rationality of our beliefs in exchange for lasting happiness. I wrote a brief review on realism and optimism with Magdalena Antrobus, which is available open access in Current Opinions in Psychiatry, and it shows that we should revisit the hypothesis that optimistic cognitions are psychologically adaptive. Realistic beliefs and expectations can be conducive to wellbeing and good functioning, and wildly optimistic cognitions have considerable psychological costs.

This prompts two research questions that have not been pursued systematically from a philosophical perspective:

(1) What is optimism?
Is optimism a character trait, a thinking style, a culturally constructed attitude? How do we become optimistic? If it is a tendency to form excessively optimistic beliefs and predictions, is it sensitive to changes in circumstances? For instance, do adversities make us more realistic?

(2) What are the costs and benefits of optimism?
Is it beneficial to form excessively optimistically beliefs? Does it contribute to our wellbeing and mental health? Is it also costly? Does it negatively impact on our understanding of reality? Does it lead us to make bad decisions?

I am going to pursue this project with Anneli Jefferson, research fellow at the University of Birmingham from today, with the generous support of the Hope and Optimism funding initiative. Our project, called "Costs and Benefits of Optimism", will organise a two-day interdisciplinary conference on the topic in February 2016. We already have a website and a Twitter feed. And we will report on our findings on this blog, so keep an eye on the optimism project tag if you are interested!