An Illness of Thought 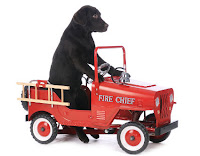 Today's post is by Jonny Ward who tweets as the Anxious Fireman and has also blogged for the Stigma Fighters.


Hello to all reading this. My name is Jonny Ward. I’m 31, male, straight, white and a firefighter with Greater Manchester Fire and Rescue Service. I can grout the shower, chop logs, I have an anxiety disorder, I have travelled a lot of the world and I enjoy mountain biking.

If you had to ask me about any one of my interests or traits from that list, which would it be? And why?

If this had been someone else and it was three years ago, I would have picked the anxiety disorder part. Because back then I was just as naive to mental ill health as most men. I would consider it unusual, a strange thing to say or admit too.

But over the last two years my mind-set has changed tremendously. I suffered with anxiety and panic attacks. It happened after a long period of stress. I was doing too much work, too many projects, trying to please too many people. All of which meant I burnt out, blacked out in a restaurant and woke up anxious. I started having panic attacks and in classic panic attack form became afraid of having more panic attacks around people and looking stupid.

It’s taken me a while to really understand what made me ill. It wasn’t the situation, the work load, the “stresses”. These were all purely material and circumstantial. It was my own thoughts. My cognition if you will.

Every thought I had was becoming negative, was I good enough, was I pleasing others, was I achieving enough! Was I! Am I! What if! What if! WHAT IF!!!

A negative thought affects your health, as any thought in the mind does. If it’s positive you feel slightly better, negative, slightly worse. Just like drinking alcohol, a little doesn’t kill your liver, but drown your liver in alcohol every day and eventually it will become very sick.

This is what I was doing. I was becoming a negative thoughtaholic. My self-belief, confidence all became undermined and I made myself ill. I managed to turn things around but it was difficult. I had CBT and counselling and medication.

I have recently buried a second friend (who was also fireman) who completed suicide. He had been very poorly in his head for a while and, in my opinion (I have no medical knowledge) had been thinking very negatively about who he was, his relationships, his standing in life, how he was seen for a very long time. His thoughts were very poorly. What really killed him though I think is his fear of getting help and “coming out”.

When I told my watch at the station, friends and family I was suffering and vulnerable, I got closer to them than I ever thought possible. I wish my friend had taken that step.

My love to you all