Legal Fictions in Theory and Practice 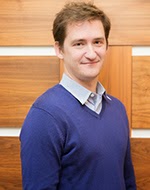 In this post Maksymilian Del Mar (in the picture above) presents the recent book Legal Fictions in Theory and Practice (Springer 2015), co-edited with William Twining.

Treating Menorca as if it is a suburb of London, or a ship as if it was a person, or pretending that persons who form contracts are made by rational agents with knowledge of the commitments they are making, or that states who take over other states find a land empty of life (as in the doctrine of terra nullius) – or, positing the existence of consent, malice, notice, fraud, intention, or causation when evidence clearly points to the opposite conclusion (or to no conclusion at all)…

All these are example of legal fictions. They fly in the face of reality. And, in the literature on theories of law and legal reasoning, they are not very popular. In this new collection – Legal Fictions in Theory and Practice (Springer, 2015, co-edited by William Twining and Maks Del Mar) – 18 chapters explore another view: that not only are fictions pervasive in legal practice (and in very different legal traditions), they are also considerably more valuable cognitively than we have hitherto appreciated.

In the first instance, the collection offers a new smorgasbord of examples, taken not only from the English common law – the development of which has, and arguably still does, depend on the use of fictions – but also Roman law and Rabbinic law. A wide variety of areas of the law are explored, ranging from tort law and property law through to criminal law. Of the latter it is said, for instance, that the entire English criminal law arose from the fiction that particular incidents between subjects violate the King’s peace. In the law of tort, the on-going saga of how to deal legally with multiple causes of mesothelioma has been a platform upon which recent discussions of fictions has been particularly heated.

The collection also discusses what is allegedly unique about fictions – in comparison to related devices, such as presumptions (conclusive and final), and deemings and assumptions. It maps out the various functions legal fictions play – not only to enable change in the law (as noted above), but also to mitigate the harshness of existing rules, as communicative devices (signalling to other courts or to legislatures, that something is awry and may require more explicit, wholesale change), as ways of making sense or even justifying otherwise anomalous rules or strings of cases, and enabling common sense practicality (while still retaining the general rule being fictionalised).

At the core of the collection is a re-evaluation of legal fictions. As noted above, fictions have had a bad press – Bentham was notoriously critical of them, and many others have offered at best partial and very narrow defences of their use. The collection looks back at this discussion – with chapters on Bentham, as well as Hans Vaihinger, Hans Kelsen, Lon Fuller and the take on legal fictions from the perspective of the pragmatist tradition. This part of the collection contains the first ever translation into English of Kelsen’s review of Vaihinger’s As If.

But the collection does not only look back: it also offers new resources for evaluating fictions. Douglas Lind’s ‘The Pragmatic Value of Legal Fictions’ is a case in point. Another defence is my own view that legal fictions cannot be assessed on the exclusive basis of their role in the instant case – that they must be evaluated also from the perspective of their utility over time, precisely as tentative, provisional ways of introducing potential legal change.

If one treats a legal fiction as the temporary suspension of an operative fact (i.e. an evidentiary requirement contained in a rule, e.g. temporarily suspending the ‘but for’ test of causation in mesothelioma cases), then one sees that the use of the device enables future courts to decide whether to make the tentative change more explicit (e.g. elevating it to an independent rule) or to quarantine the previous decision (by limiting it to a decision on its facts) – in the mesothelioma case, subsequent courts can decide to introduce a new test for causation (i.e. a new evidentiary requirement, e.g. material increase in risk) in multiple-causation torts. Thus, what looks like an exuberant exercise of irrationality when one focuses on the instant case, appears as an incredibly useful pragmatic device when looked at across time.