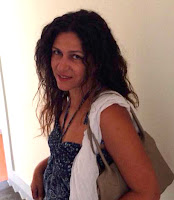 This post is by Nevia Dolcini (pictured above), Assistant Professor in the Philosophy and Religious Studies Programme at the University of Macau. In this post Nevia talks about her research and announces two upcoming events.

I am interested in how human reasoning works, and I take language and its underlying cognitive and semantic mechanisms to be the ideal starting point for the explanation of mental phenomena. I like to extend the methods of philosophy of language beyond its traditional domain of analysis, so as to include non-linguistic objects such as gestures, and perceptual contents. In my research activity, I often combine philosophy and psychology: scientific literature from developmental psychology, cognitive psychology, and comparative psychology is particularly relevant to my research activity, but I also enjoy reading fiction (which sometimes offers great cases for philosophical assessment).

I have been doing extensive work on linguistic and non-linguistic indexicals, as well as on the cognitive capacities that can be inferred from subjects’ uses and mastery of indexicals in communication. I intend my analysis of indexicals to highlight the interdependency of perception and higher-order thinking capacities. Indexicals are terms such as ‘I’, ‘she’, ‘here’, ‘now’, ‘this’, among others, whose referent depends on the context of utterance in a very essential way. The traditional philosophical discussion on indexical reference is typically rooted within truth-conditional semantics.

Alternatively I offer a more pragmatically oriented ‘salience-based model’, according to which the referential mechanism of indexical occurrences in ordinary communication is centred on the notion of the perceptual-pragmatic salience of an object in a context. I intend salience as one of the perceptual phenomena strictly connected to selective attention: hierarchical structuring of sensory stimuli operated by selective attention implies making salient, for each given moment, now one object or portion of one’s perceptual field, now another. 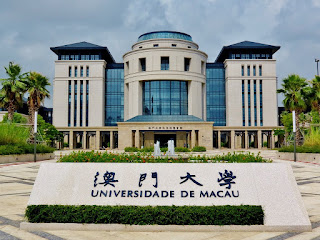 The indexical referent becomes intersubjectively salient within a context of utterance if two conditions are jointly met: the salient object is perceptually accessible to the interlocutors; and salience within the perceptual context is successfully negotiated by the interlocutors. Negotiation necessarily requires the subjects to take the others’ point of view. In other words, the proper usage of indexical utterances is bound to the subjects’ capacity to attribute mental states (in this case, mainly perceptual states) to the others, and to oneself. I present the salience-based model in my book Le Parole e i Sensi, and in various journal articles.

I take the notion of ‘context’ to be a key ingredient not only for accounting of indexicals, but also for addressing important logical and epistemological issues. In a recent work co-written with Mario Piazza, 'Possibilities Regained: Neo-Lewisian Contextualism and Ordinary Life' (forthcoming in Synthese), we propose a new reading of epistemic contextualism, which distinguishes between ‘invented’ and ‘discovered’ possibilities. Moreover, we maintain that the satisfaction of ‘know better’ is made to depend on the capacity of imagining (actualized) possibilities connected in a relevant way to the subject’s (true) beliefs.

My current project 'Human Reasoning: the Logic of Metacognition' (a multi-year research project funded by the University of Macau, and Macau S.A.R. Government) focuses on indexical thinking and first-person thoughts, as well as on the possible relations they might bear to self-knowledge and self-deception. Within the activities planned in this project, I have organized two upcoming philosophical events sponsored by  and taking place at the University of Macau. With the generous support of UM and of the Vice-Rector for Academic Affairs Prof. Lionel Ni, we will be able to offer conference grants to young scholars contributing to the events: