On 9th October CRASSH organised a Moral Psychology Interdisciplinary Conference in Cambridge, featuring keynote talks, panel discussions and discussion groups. This is a brief report on the sessions in which I participated.

The first session was a panel symposium with Josh Greene (Harvard) and Molly Crockett (Oxford) on the future of moral psychology chaired by Richard Holton. Josh started discussing the assumption in popular culture and the media that there is a “moral faculty” where all moral beliefs and decisions can be found, somewhere in the brain. But this is a myth according to him: morality is like a vehicle. “Vehicle” is a category, but what makes something a vehicle is not its internal mechanics. What makes something a vehicle is its function. Same with morality. If morality is a thing, people who study morality are interested in its function. The processes, operating principles and behavioural patterns involved in moral thinking are not distinct to morality.

Molly made the point that no study so far has examined in the same sample social and non-social computation, moral and non-moral decision-making in the scanner, so there is still room to argue that there is something distinctive about morality. For Josh, morality is about cooperation and thus it is predominantly social. There may be a distinction between social and non-social pathways, but not about moral and non-moral over and beyond the social.

But are there discreet emotions? Probably not, emotions as we know them are probably just a blend of different elements (e.g., guilt is a mixture of arousal and fear). Molly argued that the peculiarities of guilt (how we feel about it, in what circumstances it emerges, etc.) partially depend on our way of living, and would manifest differently in a radically different culture. For both Molly and Josh, morality is about warmth and competence, where warmth is more important than competence.

The discussion then moved to how we learn. There are different systems for learning that are psychologically dissociable.
Consequentialist thinking tends to be more commonly adopted as part of the goal-directed system, and deontological thinking tends to be favoured by the the model-free system.
In the next session, Jill Craigie (King’s College London) and I talked about responsibility and control, in two different contexts. Jill (pictured below) focused on mental capacity and legal capacity in addiction, and in particular alcohol dependance. I focused on responsibility over actions motivated by delusional beliefs in people affected by schizophrenia, and responsibility for adopting delusional beliefs. 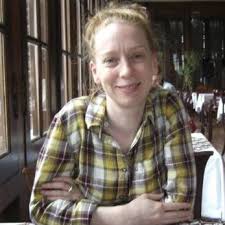 Talking about mental capacity and its assessment, Jill asked whether cognitive tests are sufficient to judge whether someone can be guided by reason. Are such tests contrued in a way that is sufficiently broad to assess all the relevant capacities? Addiction does not fall under the Mental Health Act but it falls under the Mental Capacity Act. Among the capacities included in the notion of mental capacity, there is the capacity to make one’s own treatment decisions. Criteria for mental capacity are the ability to understand, retain and weigh up relevant information, and make a decision on the basis of that information.

Although alcohol dependence could fall under the Mental Capacity Act, in fact it has been judged not to compromise mental capacity in England and Wales (but interestingly it has in US and Australia). It is not clear what justifies treating anorexia and alcohol dependence differently in some of these cases. Anorexia is seen as a habit one cannot break and implying an inability to weigh consequences of not eating. But alcohol dependence is not seen in the same way.

I discussed some case studies showing that the presence of psychotic symptoms in general and delusions in particular should not rule out by default that a person is responsible for behaviour that is motivated by such symptoms. I also referred to the high-profile case of Breivik.

After the lunch break, I attended the discussion group on psychopathy and moral motivation, led by Marion Godman (University of Helsinki). Marion (pictured below) introduced one of the main issues surrounding psychopathy, the high prevalence of psychopathic traits in people who are incarcerated for serious, violent crimes. She discussed the empirical finding according to which psychopathy is associated with spontaneous as opposed to reactive aggression. 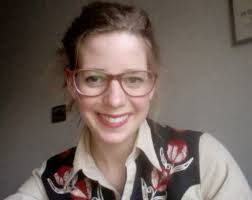 From the data, she moved on to the analysis of different interpretations, and talked about a recent debate about whether the behaviour of people of psychopathy should be regarded as ‘mad’ or ‘bad’. Marion found that both ways of categorising psychopathy are characterised by unattractive consequences. An intense discussion followed, where some interesting parallales were made between psychopathy and autism (the former being associated with a compromised capacity to be motivated by punishment, and the latter with a compromised capacity to be motivated by rewards).

The conference was very stimulating and I had the pleasure to meet many young researchers in philosophy, psychology, and neuroscience, testifying to the genuinely interdisciplinary nature of the event.