Michael is Assistant Professor of Philosophy at John Jay College/City University of New York.  He works in philosophy of psychology, with emphasis on the nature of the implicit mind, and on related topics in the philosophy of action and ethics.

Jenny is Professor of Philosophy at the University of Sheffield and Director of the Society for Women in Philosophy UK.  Her research is primarily in philosophy of language, feminist philosophy, and philosophy of race. 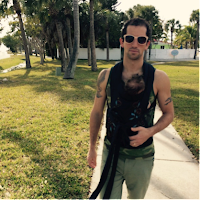 Back in 2009, very few philosophers were working on implicit bias. (You could probably count them on the fingers of one hand, perhaps two.) Jenny thought there was a lot of potential for philosophical work on the topic, and decided to apply for a research network grant to bring philosophers and psychologists together to work through the issues. She thought it would be great if maybe 5 or 6 more philosophers got interested in the topic.

In 2011-2012 the Leverhulme Implicit Bias and Philosophy Research Network held a series of workshops at the University of Sheffield, bringing together a fast-expanding network of philosophers and others working on implicit bias and related issues. Almost overnight, this had become one of the fastest growing areas of philosophical research.

Implicit Bias and Philosophy, Volumes 1&2 emerged from these workshops. The first volume focuses on the metaphysics and epistemology of implicit bias and stereotype threat. After an introduction by Jenny and Michael, which briefly describes what implicit biases are, how they’re measured, and so on, five chapters—by Keith Frankish, Bryce Huebner, Jules Holroyd and Joseph Sweetman, Edouard Machery, and Ron Mallon—investigate the nature of implicit attitudes and the cognitive processes underlying stereotype threat.

Then, in the second half of the first volume, seven chapters—by Louise Antony, Alex Madva, Stacey Goguen, Catherine Hundleby, Carole Lee, and Laura Di Bella, Eleanor Miles, and Jenny—address a variety of epistemological questions. These include whether implicit biases should cause us to be skeptics about our own ability to be fair and just; whether implicit biases cause us to face a dilemma between being rational and being just; whether stereotype threat causes a form of epistemic injustice; how implicit biases can create reasoning fallacies; how implicit gender biases may affect hiring and publishing in STEM fields; and how implicit and explicit stereotypes might be affecting philosophy as a profession.

The second volume is divided into three parts. The first is comprised of five chapters—by Natalia Washington and Daniel Kelly, Joshua Glasgow, Robin Zheng, Maureen Sie and Nicole van Voorst Vader-Bours, and Luc Faucher—addressing moral responsibility for implicit bias. Two chapters—by Lawrence Blum and Anne Jacobson—follow, considering the relationship between implicit bias and stereotype threat and structural causes of inequality. Then, in the final section of Volume 2, Clea Rees, Michael, Samantha Brennan, and Katya Hosking and Roseanne Russell examine how implicit biases might be effectively combated, in day-to-day life, in professional settings, and in the law.

Since the Sheffield workshops, interest in and debate about implicit bias has continued to grow. We’re glad these volumes can contribute to this. The breadth of topics covered in these volumes is a testament to the many ways our social attitudes and prejudices interact to create the world in which we live. Our aim in creating these volumes was to try to understand some facets of this interaction. But also, our aim was to help, in whatever small way possible, to reshape the world in which we live.*

*A version of this post appeared on the Brains Blog.
Posted by Unknown at 08:00