Is Unrealistic Optimism an Adaptation? 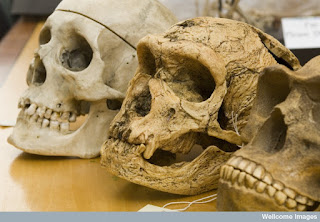 There are two possible ways in which we can understand and try to answer these questions. We can either look at the causal mechanisms underlying unrealistic optimism, or we can ask why this feature has survived and spread through human populations. Evolutionary psychology aims to answer the second question, in essence claiming that we are unrealistically optimistic because this has had benefits in terms of survival and reproduction.

So why should it be adaptive to have systematically skewed beliefs, which are frequently unwarranted and/or false?  Martie Haselton and Daniel Nettle have argued that unrealistic optimism is a form of error management, it helps us make the least costly error in situations of decision making under uncertainty.

Error management theory holds that when making decisions in contexts of uncertainty, we should err on the side of making low cost, high benefit errors and that this strategy can at times outperform unbiased decision making (cf. Haselton and Nettle 2006). This is nicely illustrated by the now well-known fire alarm analogy. If a fire alarm is set at a slightly too sensitive setting, we will have the inconvenience of having to turn it off when the toast has burnt every once in a while. If it is set at a more insensitive setting, we run the risk of burning alive in our beds because the alarm was activated too late. The over-sensitivity of the fire alarm brings only low costs (annoyance), but high rewards (reducing risk of death).


I would like to argue that there are conceptual issues which make it impossible to establish whether we are faced with a low cost/high benefit scenario in many cases where we display unrealistic optimism and that in as far as we have empirical evidence, much of it speaks against the error management hypothesis.

According to error management theory, unrealistic optimism is beneficial because it leads to the belief that a desirable effect is achievable or an undesirable effect is avoidable, and this makes us more likely to take steps to achieve it or avoid it. However, here’s the rub: in order for this to work, it needs to be the case that belief in success does not breed complacency. It is perfectly compatible with the occurrence of unrealistic optimism that because it makes us think outcomes are achievable, we feel less pressure to take the necessary steps to achieve the outcomes. So conceptually, the link between unrealistic optimism and future outcomes is so underspecified that overconfidence may have the opposite effect from the one the theory specifies, one that is not beneficial. Furthermore, how costly a given course of action is going to be depends on what resources we invest into achieving a goal. This is not something we can read off optimistic predictions regarding the likelihood of achieving that goal.