Can We Use Neurocognition to Predict Repetition of Self-Harm? 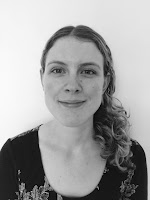 This post is by Angharad de Cates (pictured above), a Senior Registrar in General Adult Psychiatry and an Honorary Research Fellow at the Unit of Mental Health and Wellbeing at the University of Warwick. Broadly, her research interests are neurocognition, self-harm, mood disorder, and mental health promotion and wellbeing.

In this post, she summarises her recent article “Can we use neurocognition to predict repetition of self-harm, and why might this be clinically useful? A Perspective” co-authored with Matthew Broome, and published in the open-access journal Frontiers in Psychiatry in January 2016.

The first issue in research about self-harm is to define what it actually is, which in part depends on which style of terminology you wish to use. According to patient and user groups, self-harm as a general catch-all term is preferred, where there is no attempt by clinicians or researchers to restrict by method or intent, but instead to focus on the fact that one has harmed oneself.

However, this is not the case in all spheres, particularly in the United States, where both intent and method of self-harm are used to define people and their difficulties. As well as this being viewed poorly by patients, the merit of it has been hotly debated, as past method does not confirm future method (Owens et al 2015), and past intent does not appear to correlate with future suicide (Owens et al 2002, Brent et al 2011). Therefore, in my opinion, using the term self-harm is a more therapeutically-beneficial and scientifically-useful term to patients and in research.

Why bother about self-harm? Is it just because it puts people at greater risk of suicide? Interestingly, it appears not. Young people who have self-harm episodes appear to do worse in terms of health and social outcomes, even if they stop self-harming (Mars et al 2014). It may be a risk marker for general problems in the future, especially for those who have their first episode as an adolescent or young adult.

But why do some people self-harm and others do not? The simple answer is “we don’t know”. Self-harm has been significantly under-researched for what is such an important clinical and public health problem – possibly due to stigma, and possibly due to a (perhaps valid) fear of researchers and funding bodies about doing research on a potentially vulnerable group.

We know that there are demographic factors that perhaps increase risk, but our risk assessments based on these are almost useless at predicting who or when someone is going to self-harm in the future (Saunders et al 2014). However, perhaps we need to focus on thinking more about individual-based factors (such as personality and cognition).

Neurocognitive research has identified that in general the brains of those who self-harm do appear structurally different to those who do not self-harm: there is reduced grey matter in areas of the frontal lobe responsible for executive functioning; reduced grey matter in the limbic system and its associated regions (a network of the brain responsible for processing appropriate emotional responses to our environment); and increased volume of the amygdala (a brain region responsible for fear-based responses) (van Heeringen et al 2011 and 2014, Jollant et al 2011, Cox Lippard et al 2014).

There are also functional differences in connectivity between these regions. So, what might this mean? One hypothesis is that in those vulnerable to self-harm the rational non-emotional regions of the brain are underactive and therefore unable to appropriately control the over-active less rational emotional regions of the brain. Thus, responses to the environment occur in a less “mature” manner, which might predispose an individual to over-react to and personalise negative factors that they experience (such as others emotions), hold onto negative memories, and make “risky” decisions. However, this hypothesis cannot be disproved or otherwise at the current time due to paucity of research

Why might this be helpful to know? Understanding a neurocognitive mechanism of self-harm would be more than just academic. A popular youth intervention for preventing suicide, “safe-TALK”, was found in a recent systematic review to have no evidence of safety of efficacy (Kutcher et al 2016). The hope is that by gaining a better understanding of self-harm and its cognitive underpinnings a range of more effective treatments (medical and psychological) might emerge - which are sorely needed.