Today's post is by Patrizia Pedrini (University of Florence). Here she summarises her recent paper, “Rescuing the ‘Loss-of-Agency’ Account of Thought Insertion”, which appeared in Philosophy, Psychiatry, & Psychology in 2015.

Every day we think hundreds of thoughts. We form opinions, hold beliefs, develop intentions, feel desires, emotions, sensations, entertain fantasies. All this thinking activity typically comes to our consciousness with a fundamental feature that seems as natural as the thinking it accompanies: our capacity for self-ascription of it. When we think a thought, we also self-ascribe that thought, and such capacity for self-ascription is routine, immediate, unproblematic.


However, this is a capacity that can break down. There is a disorder, known as thought insertion, that occurs in people diagnosed with schizophrenia and related forms of mental illness, the puzzling feature of which appears to amount to the impairment of such capacity. The subject affected by thought insertion experiences his thinking activity as made for or done to herself by someone else – a person or intelligent form other than himself (cf. Graham 2004, p. 89).

In the attempt to specify how the capacity for self-ascription of a thought can break down, thought insertion has also often been explained as a failure of the “sense of agency”, not of ownership, which latter the patient is thought to retain. The “loss-of-agency” view of thought insertion has been held by a number of cognitive scientists, psychiatrists, and also philosophers (e.g., Stephens and Graham 1994a, 1994b, 2000; O'Brien and Opie 2003; Gallagher 2004; Peacocke 2008). Their main hypothesis is that a thought is pathologically “inserted” when it is not voluntarily caused by the subject, that is, when the subject has not formed it qua agent.

The presupposition that underlies this view is that in the ordinary, non-pathological case of thoughts that we do not experience as inserted, we all have a “sense of agency” for those non-inserted thoughts whose breakdown would be the very cause of the pathological condition of thought insertion. That is, thoughts become experienced as “inserted” when the subject has not actively and voluntarily formed them herself, as she would experience instead in normal circumstances. According to Bortolotti (2010), this account is unsatisfactory: most of our ordinary thoughts are not typically accompanied by the sense that they have been voluntarily produced by us, and yet they are not regarded as “inserted”, so the cause of thought insertion cannot be the loss of agency invoked by the defenders of the “loss-of-agency” account of thought insertion, and must lie elsewhere.

Bortolotti presents an account of thought insertion according to which the pathological experience of feeling that one’s thoughts are “inserted” is not caused by a “loss of agency” on the part of the subject involved. Bortolotti elaborates an alternative view according to which thought insertion is mainly due to a failure to “endorse” the thought on the part of the subject: it is not that the subject suffering from thought insertion has not voluntarily caused or produced the thought, so that she then experiences it as inserted; rather, she is not able to endorse it, independently of how the thought has been caused or produced. 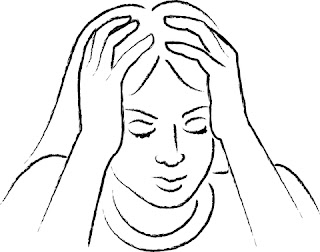 Whilst I agree with Bortolotti that the Endorsement Model is preferable to the Traditional “Loss-of-Agency” Account of thought insertion in that the former rightly assumes that the volitional aspects of agency do not apply to most ordinary, non-pathological thoughts, this does not show that agency is not extensively involved in non-pathological thinking. On the contrary, agency is systematically connected with non-pathological thinking, although not ordinarily in the form of the volitional agentive capacity to produce thoughts intentionally, exactly as Bortolotti diagnoses.

I thus rely on a transcendental argument borrowed from Bilgrami (2006) which diagnoses a local failure of the agency ordinarily underlying non-pathological thinking as its condition of possibility: only someone who is an agent can have thoughts disposing her to understand what it is to act upon them in what I will call the “cause/reason-giving practice”, and those dispositions make for the experience that the ordinary subject has of being agentively involved in such thinking.