University of Tokyo Philosophy of Mind and Mental Illness Symposium

On 30th-31st July, the University of Tokyo hosted a symposium on Philosophy of Mind and Mental Illness at its Komaba Campus. Today's blog post describes the talks presented at the symposium.

Akiko Frischhut’s (Akita International) (pictured below) talk “The Silencing Illusion and Its Philosophical Interpretations” was an investigation of the philosophical significance of the silencing illusion. The illusion seems to provide a counterexample to so-called “naive inheritance thesis” about the experience of temporal properties according to any temporal properties that are represented in experience are the properties of the experience itself too. However, Frischhut rejected this interpretation of the illusion. On the basis of a careful philosophical analysis, she concluded that the interpretation is either impossible or unintelligible. 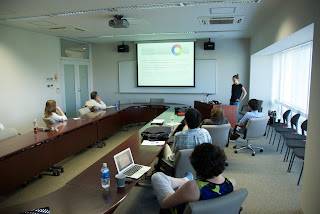 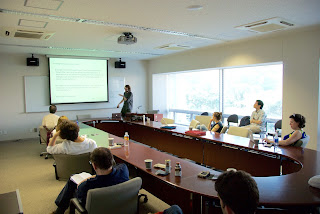 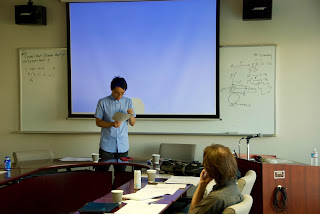 Day two began with Philip Gerrans’ (Adelaide) (pictured below) talk “Pathologies of Self Awareness: Pain Asymbolia and Depersonalisation”. Gerrans sought to explain how those with depersonalisation disorder feel detached from their own mental processes. He argued that the phenomenon could be explained by a lack of the affective responses ordinarily involved in the appraisal of events as significant or insignificant. He argued that these feelings of significance often explain our sense of self. Where the agent’s feelings of significance towards their own mental processes differ from the norm, so does their sense of self. 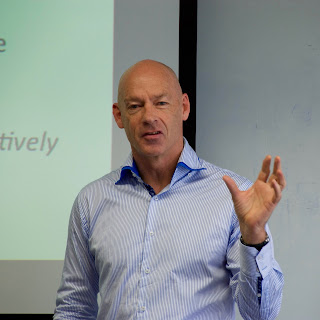 In her talk, “Delusion - a philosophical conceptualisation from original empirical work”, Rachel Gunn (Birmingham) (pictured below) challenged dominant theories of delusion. She argued that the pathology of delusions lies in a subjects’ direct, subjective, perceptual experience. She used first-person descriptions from her empirical research with people who have clinically significant delusions. She explained why she thinks that their delusional thoughts are understandable given their subjective experience. She argued further that delusions, as anomalous subjective experiences, should not be considered either rational or irrational. 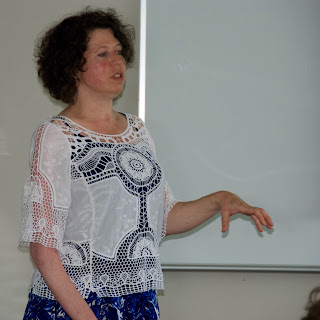