The Trauma and Psychosis Paradox 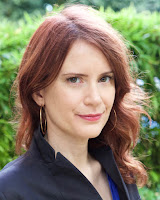 Amy Hardy (pictured above) is a Research Clinical Psychologist at the Institute of Psychiatry, Psychology & Neuroscience at King’s College London and Psychology Lead for Posttraumatic Stress in Psychosis in the Psychosis Clinical Academic Group, South London & Maudsley NHS Foundation Trust.

In this post, Amy describes a paper published in the journal Schizophrenia Bulletin by the Psychosis Research Partnership that supports the causal role of childhood victimisation in psychosis by demonstrating how understandable reactions to trauma contribute to psychotic experiences.


We know there is a relationship between trauma and psychosis, and research is unraveling the puzzle of how they are linked. Findings point towards childhood victimisation playing a causal role in psychotic experiences, at least for some people. For example, trauma has been shown to occur before the onset of psychosis, trauma severity is associated with the magnitude of psychotic experiences, specific trauma types are linked with particular difficulties, and these relationships have been replicated across studies.

The obvious implication of this causal relationship is that we can reduce the burden of psychosis by preventing victimisation – a cornerstone of any civilised society. Sadly, however, it is not realistic to assume we can completely stop people harming others. We also know that trauma does not always lead to psychosis or have a negative impact on mental health. Given the right context, people can be resilient in the face of horrific experiences.

The final piece of the puzzle therefore involves explaining how certain consequences of trauma give rise to psychosis. Why is this important? Because it may be possible to intervene to modify these processes, and in turn reduce distressing psychosis and improve people’s quality of life.

In a recent paper, our research team tackled this question by investigating the role of trauma-related psychological mechanisms in psychosis, informed by cognitive-behavioural, attachment and neurobiological perspectives. The common thread in these models is that attempts to survive during trauma can become habitual ways of regulating emotions, and that these reactions impact on memory processing. This results in intrusive memories of events and negative views of the self and others. Evidence suggests that being overaroused, avoidant or emotionally numb may contribute to hearing voices, as can traumatic intrusions. Negative beliefs, such as seeing others as dangerous and the self as vulnerable, may directly shape the content of paranoid thoughts.

The study focused on a group of 228 people with persistent psychosis, allowing us to examine how psychological consequences of trauma could maintain psychotic experiences long after events had ended. As expected, we found that childhood sexual abuse was associated with hearing voices, and childhood emotional abuse with paranoia. Contrary to our predictions, we found no relationship between childhood physical abuse and paranoia suggesting that, in our sample at least, psychological threat may be of more relevance than physical harm.

Attempts to manage the threat induced by trauma, including overarousal, avoidance and numbing, explained the relationship between childhood sexual abuse and voices. This tells us understandable survival strategies may paradoxically contribute to psychosis. We did not find that intrusive traumatic memories played a role in the relationship. However, there were important limitations in how we assessed these memories and we did not identify all intrusions relating to sexual abuse. An alternative possibility is that memories may be very fragmented in psychosis and not experienced as linked to prior trauma, but rather distressing perceptions occurring in the ‘here and now’ that would not be reported as post-traumatic intrusions.

Survival instincts also seemed to come into play when we looked at the relationship between emotional abuse and paranoia, with negative beliefs about others accounting for this relationship. Viewing others as threatening may be a way of adapting to victimisation, as flight, fight or freeze responses are more likely to occur, increasing the chances of getting out of danger. The problem is these appraisals can become pervasive ways of thinking about people so it is difficult to trust others, even if they have no intention of causing harm.

Our findings provide compelling evidence of the potential toxicity of the consequences of trauma for psychosis, as the people who did not report childhood victimisation also had severe difficulties. This makes it more difficult to detect differences between groups, and yet predicted differences were apparent. We did not find any role for negative beliefs about the self or depression despite these being well-documented reactions to trauma. It may be that their impact was masked as they were common difficulties in the sample overall.

The trauma and psychosis puzzle is far from solved. There are many aspects we have yet to understand – particularly the interplay between episodic and semantic autobiographical memories, voice hearing, and other sensory-perceptual experiences. Pathways to psychosis are multifaceted, complex and vary depending on the individual. But we do know understandable reactions to trauma are a possible route.

Encouragingly, despite concerns about trauma-focused therapies causing harm in people with psychosis, recent work indicates that these interventions can be safe and effective. Supporting people to reduce avoidance and reflect on traumatic memories provides the opportunity to learn that feared threat is tolerable, to discriminate the past from the present, and to develop an increased sense of safety.

However, mental healthcare providers have much work to do in developing trauma-informed services and overcoming the systemic avoidance that often accompanies experiences of victimisation. To paraphrase Eleanor Longden, researcher and activist, the important question in psychiatry is not “what’s wrong with you?” but “what happened and how did you try to survive?”