On May 5th, Project PERFECT hosted our workshop at the University of Cambridge. In a previous post on the workshop, the individual talks were summarised, so the current post focuses on some of the common themes that emerged in the talks and discussion: (a) the active nature of episodic memory and its potential to generate knowledge; (b) the implications of the existence of observer memories; (c) the role of others in the generation of knowledge through episodic memory. 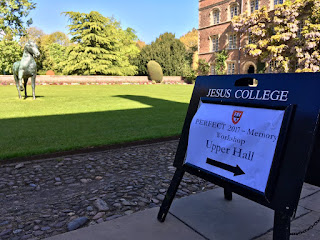 It seems obvious that we have knowledge of past episodes in our lives, but Kourken Michaelian and Dorothea Debus highlighted how humans are active in the process of forming our memories. This might seem to show that we cannot have knowledge through episodic memory because episodic memory systems do not passively represent the past. Michaelian discussed this point through the lens of work on the reconstructive nature of memory. In the cognitive sciences, it is now widely accepted that episodic memories are constructed from traces of information stored in memory. The process of construction involves activity from the person doing the remembering.

Debus focused on how people have to exert efforts to ensure that they remember a particular event, thinking, for example, What was it that I did last Sunday? Both Michaelian and Debus aimed to reconcile the activity involved in episodic memory with this memory producing knowledge. Michaelian argued that the reconstruction involved in remembering produces representations that are true to events as they occurred (even if they do not exactly replicate the experiences that people had of the events), so can produce accurate memories, and knowledge, of those events. Debus argued that as long as an active intervention does not interfere with the believer meeting epistemic norms, those that lead to accurate beliefs, the intervention does not prevent the formation of the memory leading to knowledge. 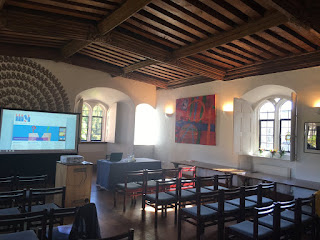 Relatedly, I argued that evidence of the activity involved in the formation of memory is not only consistent with memory systems producing knowledge, it provides reason for thinking that memory systems bring significant epistemic benefits. I discussed the idea that people actively construct memories and showed that this feature of human memory systems increases the chance of true beliefs belief formed about things other than past experiences.

When someone has an observer memory, they remember an event, in which they were present, from the perspective of an observer and they feature in the memory. Observer memories do not represent the past as it was experienced by the individual, but they can nonetheless accurately reflect the event as it occurred. In such cases, an individual is active in the formation of the memory, they do not simply access a record of the event as it was experienced, but the memory nonetheless contains accurate information about the past so meets the epistemic norm of accuracy. Observer memories therefore illustrate Debus’s and Michaelian’s points: that memories can be accurate although they are the result of the activity of the rememberer.

Finally, a number of talks explored how other people determine what we remember. John Sutton described how people in long-term relationships seem to share memories, they can remember events that occurred in the other person’s life when they were not present. Michaelian considered how the way that we remember might be influenced by our need to be able to explain ourselves to others. He suggested that our memories are likely to be accurate because of other people’s epistemic vigilance, i.e. their ability to discern whether we are good sources of information and to keep us in check. Meanwhile, I argued that some memory distortions are the result of memory systems being designed to enable us to work out whether other people are reliable sources of information. Other people indirectly influence what we remember, because our memory systems are designed to ensure that we can maximize the useful information that we can glean from them.

Overall the workshop was fascinating, highlighting strong links between the work of various leading philosophers of memory. We were delighted to be able to host such an interesting event.