The Unencapsulated Nature of Episodic Memory 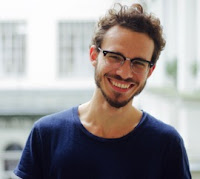 Johannes Mahr (pictured above) is a PhD student in the Department of Cognitive Science at Central European University in Budapest. His work centers on the question of how the capacity for complex forms of communication has shaped higher cognition in humans. During his PhD he developed a novel account of the nature and function of episodic memory, which focuses on its role in communication. You can read about it here.

We usually think that when we remember the past, we form beliefs based on whatever we remember. When you remember that you went to the supermarket and bought a bottle of champagne yesterday, you take yourself to believe that this is indeed what you did because you remember it. Similar to perception, it seems to us that remembering provides us with evidence on the basis of which we form our beliefs. In the case of perception it has been widely argued that the processes by which we perceive our environment are encapsulated from what we already believe. That is, just because you might believe that there is a bottle of champagne behind your computer screen, you will not suddenly perceive one when you walk around your desk. Rather, perceptual input will inform your higher-level beliefs so as to cause you to revise your mistaken belief about the location of the champagne.


Interestingly, while the influence of high-level beliefs on perception is highly debated, there is overwhelming evidence that episodic memory is indeed not encapsulated. The large literature on memory manipulation showcases this perfectly. In a typical study of this kind, participants are persuaded by an experimenter (sometimes with the help of testimony from the participants’ friends or relatives) that a certain event occurred in their past. Partly as a consequence of this belief induction, participants then start to construct a memory in line with what they now believe occurred. Subsequently, participants often end up remembering the event in a way that seems to be subjectively indistinguishable from real recollections. In our recent paper “Why do we remember? The communicative function of episodic memory” Gergely Csibra and me have called effects of this kind ‘memory-belief congruency effects’.

Memory-belief congruency suggests that the relationship between belief and episodic memory goes both ways: sometimes we believe something because we remember it and sometimes we remember something because we believe it. But why might this be? If we take the function of memory to be to aid us in the formation of true belief, would a system, which relies on our prior beliefs in this way, not be counterproductive? We argue that we should think of memory-belief congruency as functional to the workings of episodic memory; that is, as a feature rather than a bug in the design of this system.

To make this point, we take inspiration from the argumentative theory of reasoning proposed by Hugo Mercier and Dan Sperber. They argue that our tendency to falsely reason from conclusions to premises – the so-called my-side bias – can be explained if we realize that the function of reasoning is not to form true beliefs but rather to produce arguments that would convince our interlocutors. Similarly, we propose that our tendency to remember the past in a way that is congruent with what we already believe becomes intelligible if we think differently about the function of remembering. According to our view, episodic memory, too, does not primarily serve us to form true beliefs about the past but to allow us to represent the past in a way that supports our claims about it towards others. The fact that our episodic memories are prone to be congruent with what we already belief can therefore be reframed as a kind of ‘recollective my-side bias’: namely as the tendency to remember the past in a way that supports whatever we want to assert about it.