The Role of Epistemic Virtue in the Realization of Basic Goods 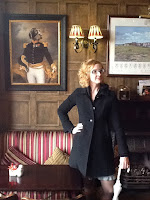 Anne Baril (pictured above) has research interests in ethics and epistemology, and is currently writing a book in which she argues for the moral and prudential importance of epistemic virtue. Starting in Fall 2017, she will be a Lecturer in the Department of Philosophy at Washington University in St. Louis. In this post, she summarizes a paper she recently published in Episteme.

Folk wisdom holds that ignorance can be bliss. We’re happier not knowing how many germs are on our toothbrushes or how many calories were in that cupcake. Likewise for personality traits, such as being disposed to be too curious or too strict about the truth. The kind of person who is disposed to press her spouse to say what he really thinks about his attractive colleague is in for some hurt feelings. And without a degree of self-deception – about others, and about ourselves – wouldn’t we just be too depressed?

Sometimes the work of psychologists is put forward in support of the claim that self-deception is good for us, such as Taylor and Brown’s (1988) paper, in which they argue that there are ways of being systematically biased in one’s perceptions of oneself that are predictive of criteria traditionally associated with mental health, such as perceived and actual popularity among peers, and having more positive mood after success at a task and less negative mood after failure. Being the kind of person who cares too much about the truth, it seems, carries a heavy price tag.

This anecdotal and psychological evidence may seem to support the idea that epistemic virtue—the kind of character in virtue of which one is excellently oriented towards epistemic goods—makes people worse off. But we shouldn’t be too hasty. Even granting that, as Taylor and Brown have reported, being disposed to maintain certain illusions about oneself correlates with all kinds of apparently positive things-- being more popular, for example—the question remains: does being more popular make a person better off? And, even granting that being  disposed to press your spouse about what he really thinks about his attractive colleague will only lead to your feelings being hurt, the question remains: is pressing your  spouse for the truth about his/her attractive colleague an expression of epistemic virtue?   There is a rich and vast philosophical literature developing and defending accounts of  well-being; likewise for epistemic virtue. Before concluding that epistemic virtue makes  people worse off, on the basis of studies or anecdotes, it would be wise to ensure that  we have a good understanding of epistemic virtue and well-being in mind. Otherwise, it  may turn out that, in the end, these studies and anecdotes have not shown us anything  about epistemic virtue and well-being at all.

This is one of the questions I seek to answer in my work. What I have found is that epistemic virtue—on at least one plausible interpretation—is importantly implicated in the realization of some of the goods that are widely believed to be instrumental to, or even constitutive of, well-being: goods such friendship, autonomy, and aesthetic experience. There is (what I call) a constitutive overlap between epistemic virtue and many such goods.

What exactly the upshot of this is for well-being depends on one’s account of well-being. But finding extensive overlap between epistemic virtue and goods like aesthetic experience supports the view that that epistemic virtue is an integral part of the kind of personality that is well-suited to realize the most important goods in one’s life. And this, in turn, goes a long way towards showing that—despite the anecdotal and empirical evidence cited at the beginning of this entry—epistemic virtue’s net contribution to a person’s well-being is a positive one. Epistemic virtue makes us better off.
Posted by Unknown at 08:00