Implicit Stereotypes and the Effortful Control of the Mind 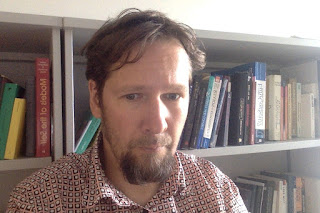 This post is by Tillmann Vierkant (pictured above), who is a senior lecturer in Philosophy at the University of Edinburgh. He works on mental actions, conscious will, self control, mindreading, and lots of other stuff in the philosophy of cognitive science. Here, he summarises a paper written with Rosa Hardt (pictured below), who also works in philosophy of mind and cognitive science, and recently completed her PhD on the role of emotions in moral agency.

Intuitively, we might want to say that what is special about our conscious beliefs is that they are conscious, because we can only use our rationality to deliberate about them if we are conscious of them. But this can’t be quite right by itself. We can obviously be conscious of other attitudes like gut feelings, phobias and implicit biases as well. However, as Levy argues, there is an important difference near by. While it is true that we can be aware e.g. of our spider phobia or our stereotypes about women this does not mean that we automatically thereby think that they accurately represent reality. On the contrary, we often notice phobias because they seem to force us to behave in ways that we think of as irrational and we are worried about implicit biases because we know that they make us behave in sexist ways we abhor without us even noticing. Conscious beliefs are special then not because we can be conscious of them, but because they express our view of the world as agents.

We argue, that unfortunately Levy’s argument does not work. We doubt that it is true that only conscious beliefs express our view of the world. There are cases like phobias where this seems convincing, but many similar attitudes are not like that. Famously, Huck Fin acts on a gut feeling against his moral judgment that he acquired growing up in a slave holder society, when he saves the runaway slave Jim. This is just one very prominent example of the general point. Gut feelings we cannot give reasons for even after deliberating might nevertheless express our view on the world.

Levy might concede this, but argue that there is still an important difference. The problem with gut feelings is that they are not under the rational control of the agent. Conscious beliefs can be controlled by means of effortful deliberation. By deliberating we can create new beliefs and unify the agent’s belief set. Other attitudes cannot be controlled in this way. Gut feelings are gut feelings precisely because they are resistant to being changed by deliberation. A spider phobia does not go away just because the agent finds more reasons why spiders are not dangerous.

We think this argument is also problematic, because it is not clear what is meant by the claim that conscious beliefs are controlled by deliberation. On one reading all that means is that we can use the beliefs in logical manipulations. But in that case we can clearly do this with gut feelings we are conscious of as well. Huck can take his awareness that he cannot hand Jim to the authorities and deliberate about whether that means that he is right to not do it.

If on the other hand we mean that we can control acquiring new beliefs then it is not obvious that that is true. Deliberation often does lead to new beliefs, but this does not mean that we can control the acquisition of the belief. Whether or not deliberation leads to a new belief is not under our control. As a heuristic we might want to distinguish beliefs from other attitudes, because deliberating on them leads to new beliefs more often, but this does not point to a deep difference in terms of types of control over belief acquisition. This type of control exists as little for conscious beliefs as it does for any other attitude.