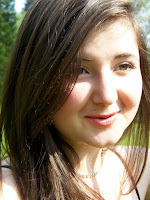 My name is Naomi Alderson. In 2014, I graduated from Cardiff University and was accepted onto a programme, led by Dr Jonathan Webber, that helped graduates to turn an undergraduate essay on the topic of implicit bias into a publishable paper. My paper, ‘Defining agency after implicit bias’, was published in March 2017 in Philosophical Psychology, and will be summarised here. In writing it, I found more questions concerning agency, cognition and behaviour than I was able to answer; I am going to continue my studies at UCL this September in the hope of getting closer to the truth.

Implicit biases are associations that affect the way we behave in ways that can be difficult to perceive or control. One example is so-called ‘weapon bias’, studied by Keith Payne (2006) among others. Payne showed participants images of gun-shaped objects asked them to make split-second decisions about whether they were guns or not.

This bias was found even in people with no explicit racial bias and, moreover, was not directly controllable by reflective, deliberative effort: simply concentrating on not being biased was not enough to eliminate its effect.

The resistance of some implicit biases to deliberative control poses a threat to traditional reflectivist accounts of agency, whereby being an agent means being able to deliberatively choose an action and then act it out. If we cannot simply choose to be unbiased, then our implicit biases limit our ability to be agents on this account.

My paper aims to defend and update the reflectivist account of agency by outlining what kinds of control we do have over implicit biases and commenting upon what these forms of control suggest about the nature of agency itself.

One form of control we have over implicit biases is ecological control, a term introduced by Jules Holroyd and Daniel Kelly (2016). Ecological control is the process whereby agents employ external or internal ‘props’ in order to inhibit the effects of unwanted biases.

Holroyd and Kelly also describe a different kind of control: automatic processes they call ‘props unconsciously employed’ to inhibit bias. They cite studies by Moskowitz & Li (2011) that suggest that striving to achieve egalitarian goals over time is one way to develop automatic processes that inhibit the effect of inegalitarian biases without consciously choosing to inhibit them.

I call this ‘goal control’ and consider it to be part of our reflective agency, making the description ‘unconsciously employed’ a little misleading; while the intention to control a bias may never be a conscious one, the goal that gives rise to the inhibiting automatic processes is.

I argue that this constitutes a kind of long-range reflective control – perhaps an especially useful one, because it does not require the agent to learn about a bias and form the specific intention to control it.

What emerges when these forms of control are considered is that each of them rely on automatic cognitions to achieve reflectively endorsed goals. This suggests a way to redefine agency while maintaining the reflectivist approach.

If automatic cognition can be sometimes be more useful for achieving the goals that we reflectively endorse, as shown by the examples of ecological and goal control, then we should not exclude automaticity from agency simply because it is automatic.

By the same token, we should not include deliberatively guided actions within agency if they serve goals that we have never reflectively endorsed, simply because they are immediately controllable and perceptible.

To be an agent is, on my account, to act upon a goal that you have made your own through reflective endorsement, whether you achieve it by deliberative or automatic cognition.

Happily, the process of education and interaction with others arguably provides most people sufficient opportunity to reflectively choose and endorse their goals, enabling most of us to be considered agents most of the time.