The Cognitive Structure of Social Stereotypes 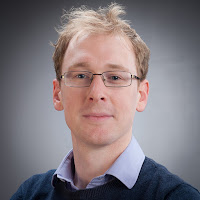 My name is Matthew Hammond, and I research social cognition, romantic relationships, and stereotyping in the School of Psychology at Victoria University of Wellington (New Zealand).

A recent project with Andrei Cimpian (New York University) investigated the cognitive structure of social stereotypes. We aimed to refine the current psychological definition of stereotypes—which is simply that stereotypes are “beliefs about groups.” This definition underspecifies the kind of beliefs that make up stereotypes. Our research question involved distinguishing between statistical beliefs and generic beliefs as elements of stereotypes, drawing upon research in philosophy, cognitive science, and linguistics.

Statistical beliefs are about the prevalence of features within groups, such as believing that 1 in 3 humans have brown eyes. Generic beliefs, such as the belief expressed by the statement “sharks attack swimmers,” are not about any specific quantities or frequencies but rather consist of generalizations about a category considered as a whole (e.g., sharks).

Relative to statistical beliefs, generic beliefs are developmentally prior, less cognitively demanding, and less tied to reality: People tend to agree that “sharks attack swimmers” even though shark attacks are very rare, but they don’t think that “Americans are right-handed” even though most are.

In a paper recently published in Journal of Experimental Psychology: General, we describe four studies that tested whether stereotypes of social groups are primarily comprised of generic beliefs or statistical beliefs.

We used a functional criterion to answer our question: The function of stereotypes is to guide people’s judgments about the social world, so we deemed that whichever belief (generic or statistical) more strongly guided people’s social judgments is also more central to stereotypes.

We used participants’ responses to predict a social judgment: the perceived likelihood that an unfamiliar group member behaves stereotypically. For example, participants were told “Person Y is a politician,” and asked “How likely is it that Person Y is a liar?” In sum, we measured people’s (1) generic beliefs, (2), statistical beliefs, and (3) social judgments of applying a stereotypical behavior to a target, for a range of social stereotypes.


In addition, moderation tests indicated that the link between generic beliefs and social judgments was particularly strong for people with intuitive, low-effort cognitive styles, which is consistent with the fact that generic beliefs are developmentally primitive and cognitively simple. This finding suggests that generic beliefs may be more prominent in stereotypes because these beliefs simplify the social world.

Together, our results suggest an improved definition of stereotypes: Stereotypes may be primarily made up of generic beliefs about social groups.

Because generic beliefs about groups don’t map consistently onto objective, quantifiable facts about those groups, our evidence is incompatible with recent claims that stereotypes are accurate (for an extended argument against stereotype accuracy, see here). Furthermore, the fact that the core component of stereotypes (generic beliefs) was overweighted in the judgments of people who tend to think shallowly is another reason to doubt their accuracy.

Finally, our results have implications for the ways that researchers design interventions to reduce prejudice. For example, prejudiced judgments toward outgroup members may be more strongly influenced by targeting their generic beliefs (e.g., prompting consideration of targets membership to multiple group categories) rather than their statistical beliefs (e.g., presenting statistical facts intended to disconfirm negative portrayals of groups).