Is Smell an Aesthetic Sense? 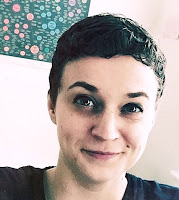 Ann-Sophie Barwich (pictured above) is an empirical philosopher and historian of science and the senses at Columbia University. She investigates olfaction as a new model system for neuroscience and looks at the nature of smell for philosophical inquiry about perception (Barwich 2016). For this, she works in close collaboration with the neuroscience laboratory of Stuart Firestein, in addition to interactions with other olfactory labs.


The human sense of smell has a remarkably bad reputation. We are often told to have too poor a nose to appreciate the richness of sensory information that is conveyed through small volatile molecules in the air. Over the past two decades, however, scientific insight has proven many of the predominantly pejorative beliefs about human smell perception wrong. It turns out that our olfactory system is much more elaborate than previously thought, both in its physiological and cognitive functions (Shepherd 2004; 2012; Gilbert 2008; Barwich 2016; Majid 2016; McGann 2017). Still, we also know notably little about our oldest sense. To date, many of the key questions remain unresolved: Is there a natural order underlying the classification of the multitude of odors? How are smells represented in the brain?

In a recent article (Barwich 2017), I addressed one of the most persistent preconceptions about the human nose: Can our sense of smell be a source of aesthetic perception? The majority of opinions in aesthetic studies will give you a negative verdict or ignore the sense of smell altogether. In response, I looked at the reasons for dismissing odors in past aesthetic discourse. These reasons were largely twofold. First, aesthetic experience is commonly considered to be about features of objects, not personal preferences (Carroll 2001). In this context, the assessment of odor quality is held as being heavily subjective. Odors seem to represent phenomenological 'feels' instead of objects (Batty 2010). Second, aesthetic perception has a strong cognitive load. By contrast, olfactory percepts may not possess sufficient differentiation in their content. Rather, they are seen as presenting us with a synthetic experience of an immediate but undifferentiated sensation (Lycan 2000).

My article set out to dismantle these two myths and, in particular, their underlying supposition that olfaction is a somewhat unsophisticated sense. For this, I integrated recent insights from olfactory neuroscience with traditional expertise about fragrance and flavor evaluation in perfumery and wine tasting.

Fundamental to the aesthetic experience of odors is observational refinement. Contrary to popular opinion, we can indeed distinguish and assess different perceptual layers and qualitative dimensions in olfactory objects (like perfumes or wines). This often requires perceptual and verbal training, both involving cognitive or top-down influences. In fact, recent studies on the neural basis of smell have been increasingly supportive of these explanations, for example, regarding the impact of expertise on olfactory experience (Royet et al. 2013). In this context, I showed that an active perceptual engagement with odor objects shapes our phenomenological content, meaning that the perceptual structure between trained and untrained smellers can differ radically.

Consider perfumes. They offer us different levels regarding the aesthetic appraisal of their perceptual content. First, there is the descriptive level of qualitative characterization (is something woody or floral?). Second, there is the evaluation of a composition (is a mixture balanced or a single note too dominant?). Third, there is the hedonic sensation (is something stimulating or narcotic?). Notably, any expression concerning the aesthetic virtue of these qualities can also be a matter of trained experience (something might be an acquired taste). To be sure, there also is the dimension of personal preference, but this is not necessarily the same as the qualitative assessment (I can appreciate a perfume in its skillful composition, although I may not want to wear it). It is worth pointing out that similar arguments have also been made about the perceptual dimensions in wine tasting (Smith 2007; Todd 2010).

Overall, my argument about smell as an aesthetic sense emphasized an active, not a passive understanding of perceiving. Aesthetic perception rests on the refinement of attention in order to deliberately analyze, compare, and judge distinctive features of objects, further linking them to previous experiences. In that sense, the aesthetic experience of smells is not so different from aesthetic appraisal in audition or vision. What we must recognize here is that any expression of odor assessment and preference is not inevitably given or fixed but leaves room for contextual evaluations and the individual acquisition of expertise and taste.