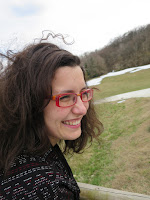 My name is Valentina Petrolini and I am a doctoral candidate at the University of Cincinnati. I work in philosophy of psychiatry, where my research focuses on the nature of mental disorders and on pathologies of belief such as delusions.

In my paper “What Makes Delusions Pathological?” I draw on Lisa Bortolotti’s work to suggest that delusional beliefs are irrational in a particular way. I accept the Continuity Thesis that Bortolotti proposes, namely the idea that beliefs lie on a continuum of rationality with delusions at the most irrational end. Yet, this formulation leaves an important problem unsolved. If delusions cannot be distinguished from other irrational beliefs by their failure to live up to rational norms, what makes delusions distinctively pathological? My solution consists in fine-tuning the notion of rationality to explore the influence that processes like emotions and relevance detection have on belief formation.

Why are norms insufficient? On Bortolotti’s view, delusions and ordinary irrational beliefs fail to meet the standards of canonical rational norms. For example, both persecutory delusions and superstitious beliefs tend to be incoherent (procedural irrationality), resistant to contrary evidence (epistemic irrationality), and at odds with behavior (agential irrationality). However, we still want to distinguish between someone who believes that aliens are persecuting him and someone who believes that wearing her mother’s necklace will help during the exam. The Continuity Thesis alone cannot help us to do that, because ordinary beliefs may be irrational according to all the norms while failing to qualify as delusional.

Why are relevance detection and emotions important? Labeling a person as “rational”, we want to stress her ability to form beliefs or undertake actions that are in accordance with her goals in a way that is responsive to the current context. If the library catches fire, it would not be rational for me to stop by a shelf to pick up a book. Relevance detection is thus the ability that allows us to focus attention on certain stimuli and to determine which aspects of the environment are important. How do we do that? Cognitively speaking, executive functions allow us to switch between different tasks, incorporate relevant information, and filter out inappropriate responses. Recent work by Luiz Pessoa and colleagues has convincingly connected these abilities with emotional processing. Indeed, Pessoa’s experiments show that stimuli with high emotional significance (e.g. threatening facial expressions) take more time to be processed and often interfere with performance.

From emotions to delusions. I argue that delusional subjects exhibit an executive disturbance that is rooted in an emotional one. Emotions help us direct our attention: in the library example, fear prompts me to look for the nearest exit and to disregard the book. In these ordinary cases there seems to be a certain “fit” between the items highlighted by emotions and the subject’s goals. By contrast, in delusional cases the attribution of significance is importantly misplaced. Seeing that a lamp-post is unlit, hearing a dog barking, or noticing that one’s partner ties his shoes differently are causes of deep emotional turmoil. As a result, the patient’s attention becomes directed toward the items that need to be processed to provide an explanation of their significance. The endorsement of a particular delusion (e.g. “I live in a reality show”) may then result from the attempt to explain why other people’s gazes appear invasive or threatening. Executive deficits, such as resistance to counterevidence, originate from an emotional disturbance that forces patients to invest resources in processing highly affective but irrelevant stimuli. Delusions can thus be characterized as executive and emotional dysfunctions.
Posted by Unknown at 08:00